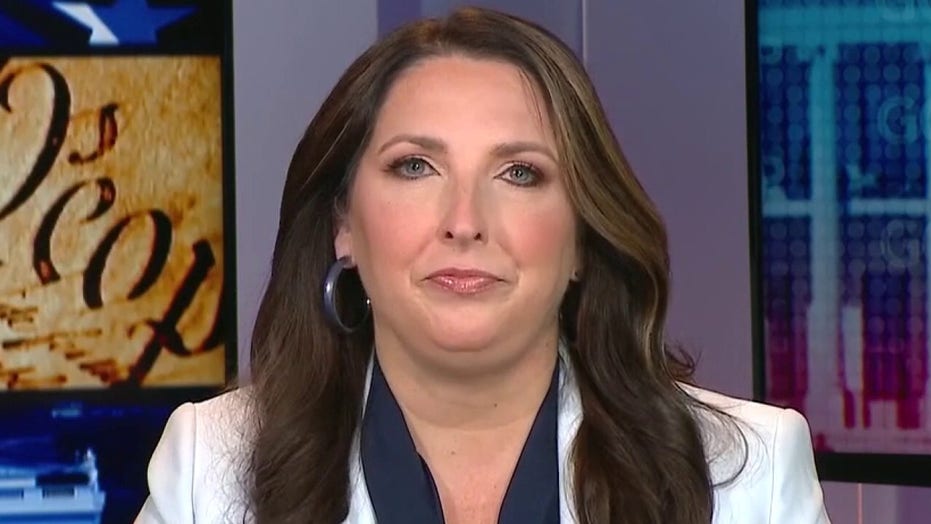 Republican Party officials are looking closely at Jacksonville, Fla., as they scramble to find a new location to host portions of this summer's Republican National Convention, though there's no final decision yet.

Florida GOP Chairman Joe Gruters took to Twitter on Wednesday to highlight that, “While no final decision has been made by the RNC we understand Jacksonville is a front runner. This certainly has been generating a lot of attention and excitement. We continue to believe that Florida would be the best place for the Convention."

“We are still considering several cities and no final decision has been made,” a Republican source familiar with convention discussions told Fox News on Wednesday.

The Washington Post – citing three Republican officials – reported early Wednesday that the party had tentatively settled on Jacksonville to host the convention’s festivities. They added that party officials were in the city and surrounding locations on Monday.

Republican Party officials over the past week have been in the process of scouting at least 10 cities across at least eight states.

Republican National Committee Chairwoman Ronna McDaniel, in an interview on  ‘Fox and Friends’ on Tuesday, noted that “we will have to make a decision probably within the next week as to where we're going to have this celebration.”

McDaniel - in an interview Wednesday with Hugh Hewitt - continued to stress that while nothing was final but added "Jacksonville is absolutely in the frontrunning position."

The moves by the RNC come after President Trump tweeted last week that the GOP is “now forced to seek another” location other than Charlotte, N.C., to host the convention, which is scheduled to start on Aug. 24.

The fireworks over the Charlotte convention come after tense negotiations in recent weeks between Republican Party officials and Cooper’s team. The president, who aims to hold a regular in-person convention packed with thousands of officials, lawmakers, delegates, and party activists and supporters amid the coronavirus, repeatedly fired away at Cooper over the past couple weeks.

RNC officials last week stressed that the mechanics of the convention will still be held in Charlotte, which was selected two years ago by the party as the site of the 2020 convention.

“The RNC’s Executive Committee has voted unanimously to allow the official business of the national convention to continue in Charlotte. Many other cities are eager to host the president’s acceptance of the nomination, and we are currently in talks with several of them to host that celebration,” RNC Communications Director Michael Ahrens told Fox News on Friday.

The party is contractually obligated to conduct some of its convention business in Charlotte and McDaniel said in an interview Thursday with Gray Television that “we are not dropping Charlotte as the convention site.”

But after the president’s tweets, the Republican governors of Florida, Georgia, and Tennessee quickly made pitches to hold portions of the convention in their states.

Jacksonville may be attractive to GOP officials because it’s the only city under consideration that has a Republican mayor.  Lenny Curry - a former state Republican Party chair - made a strong pitch for the convention after problems first arose with Charlotte – saying that the city had successfully held a UFC (Ultimate Fighting Championship) event at the VyStar Veterans Memorial Arena on May 13.  The mayor offered up the same venue for the Republican convention.

While the president and the GOP remain firm on staging a mostly unchanged, in-person convention, Joe Biden and Democratic Party officials have entertained holding a scaled-down confab or even a virtual convention. Earlier this spring they pushed back the date of their Milwaukee convention from mid-July to Aug. 17.