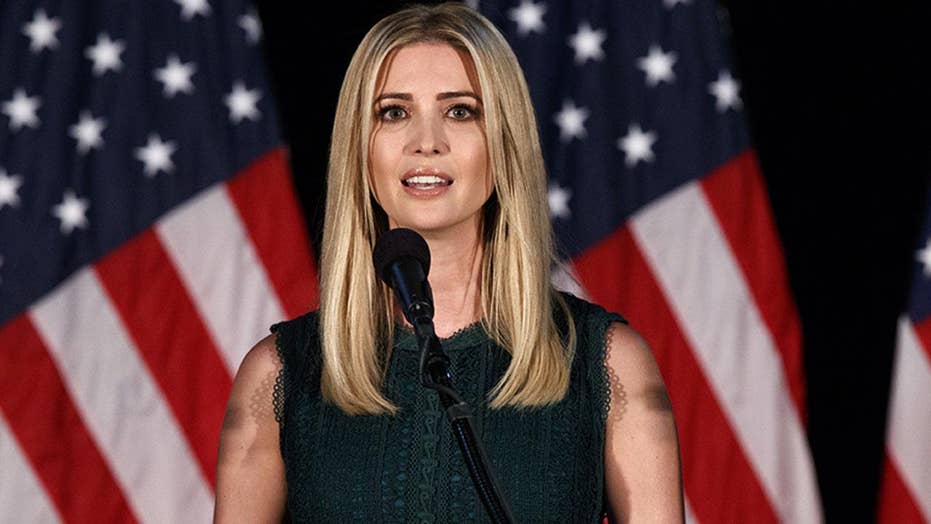 A surprise school visit by Ivanka Trump drew ire from some parents of a Connecticut academy, with one who yanked their child from class to protest the first daughter and White House adviser’s father, President Trump.

"This should have been brought to our attention, although I do understand security reasons. I think we should have had the choice to send our child to school or keep them home,” Karey Fitzgerald, a Norwalk Early College Academy parent, told News 12 Connecticut Monday following Ivanka Trump's appearance.

“Only one parent withdrew their student for the school day Monday after hearing of the visit,” Brenda Williams, Norwalk Public Schools Chief Communications Officer told Fox News on Wednesday. “With the exception of those who were directly participating, the visit was kept confidential for security reasons, and parents understood that.”

Trump, however, seemed unaware or impervious to the complaints.

“It was an honor to meet so many bright and talented students!” the first daughter wrote on social media following the visit with students and faculty at Norwalk Early College Academy, as she continues her tour promoting STEM and computer science education in schools across the nation.

“Ms. Trump was the guest of IBM CEO Ginni Rometty, who was at the school to talk with students at Norwalk Early College Academy,” Williams said. “Students discussed their experiences in taking college classes while in high school, the benefits of their IBM internships and workplace experiences, and their plans for the future.”

Williams added that this was an opportunity for the school to showcase their “innovative educational program.”

IBM developed the academic model used in the NECA program, which allows students to simultaneously earn a high school diploma and associate degree in either software engineering or mobile programming, while developing technical skills.

Prior to the visit, Trump appeared on “Fox & Friends” touting the “historic” tax reform the White House hopes to sign before Christmas.