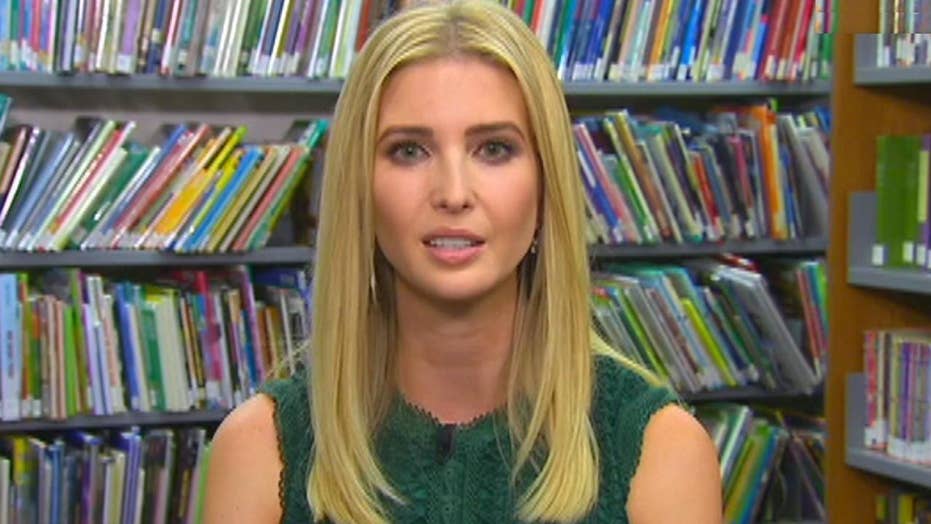 Ivanka Trump on the importance of child-care reforms

On 'The Kelly File,' businesswoman and daughter of the Republican nominee provides an in-depth look into the new government policies for families

"Cost of childcare is the single largest expense affecting American families ... even exceeding housing," Trump said on "The Kelly File." "The United States is the only country in the world that does not offer guaranteed maternity care."

Building on earlier proposals, Trump proposed allowing families with a stay-at-home parent to deduct the average cost of child care from their taxes, as well as costs associated with caring for elderly dependent relatives. The deduction would apply only to individuals earning $250,000 or less, or $500,000 or less if filing jointly.

"The tax codes were written at a time when American women weren’t part of the work force, so there have to be reforms," Ivanka Trump said Tuesday evening. "This is what the Trump presidency promises, new solutions, fresh solutions to existing problems."

The real estate mogul also called for the creation of "Dependent Care Savings Accounts" that would allow families to set aside money to look after children or elderly parents.

Trump's Democratic opponent, Hillary Clinton, has called for 12 weeks parental leave for both mothers and fathers paid for by taxes on the wealthy. In response, Ivanka Trump said that childcare was an issue "the Democrats talk about, but they don't own."

Donald Trump has credited Ivanka, the second of his three children with ex-wife Ivana, with pushing him to formulate a policy on the issue.

"She is the one who has been pushing for it so hard: 'Daddy, Daddy we have to do this,'" Trump said in Iowa earlier Tuesday. "She's very smart, and she's right."