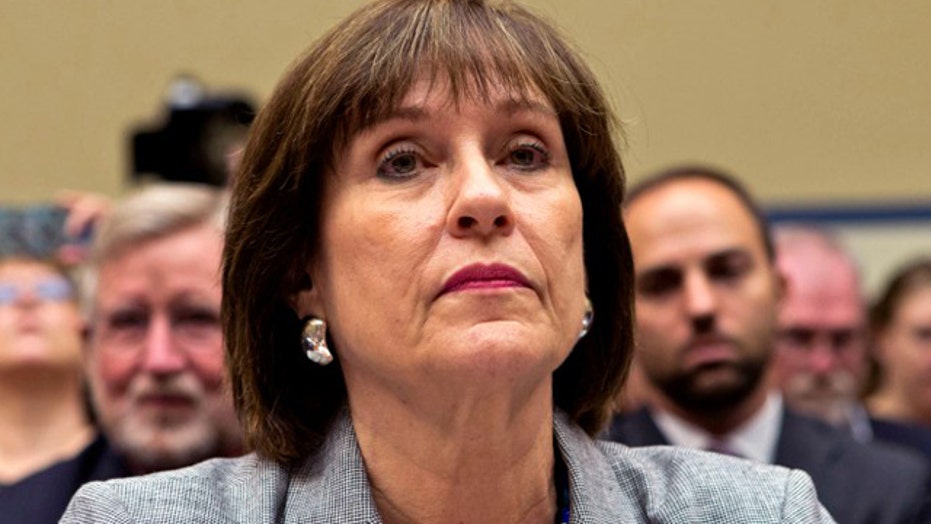 House oversight committee Chairman Darrell Issa is renewing his call for embattled ex-IRS official Lois Lerner to testify before Congress, after she used a media interview to assert her innocence and say she’s “not sorry for anything.”

The former head of the tax-exempt unit, speaking with Politico, gave her first media interview since the scandal broke 16 months ago over her division targeting conservative groups for extra scrutiny. Though she used the interview to claim she “didn’t do anything wrong,” she has twice refused to answer questions before Congress.

"The American people deserve the opportunity to hear Lois Lerner’s testimony under oath,” Issa said in a statement. “If Lerner had nothing to hide and did nothing wrong in the IRS targeting scandal, she would have chosen to answer basic questions about her conduct instead of obstructing Congress’ investigation. Her decision to make unsubstantiated claims to a media outlet while claiming Fifth Amendment protections from answering Congress’ questions is telling.”

He claimed Lerner “appears to have great confidence that her allies in the Obama administration will not consider legal action.”

Lerner, who resigned amid the scandal, spoke at length with Politico, which also spoke to about 20 co-workers and friends in a comprehensive, 3,837-word story on Lerner and the events around the scandal. The profile-style piece at times paints her in a sympathetic light, including personal anecdotes ranging from how she baked brownies for staff to how she put her babysitter's son through college.

"I know I did the best I could under the circumstances and am not sorry for anything I did," Lerner said.

However, Lerner, who was joined in the interview by her corporate lawyer husband, Michael Miles, and two personal lawyers, is not quoted extensively in the piece. Her on-the-record comments mainly address her claims that she simply was doing her job and has no regrets.

“I’m proud of my career and the job I did for this country,” the 63-year-old Lerner, who also is a lawyer, said in the roughly two-hour interview.

The American Center for Law and Justice, which represents dozens of conservative groups that have filed suit against the IRS, blasted Lerner's comments in a written statement on Monday.

"Lois Lerner's comments about the IRS scandal are nothing more than the first step in a faulty strategy to rehabilitate her public image," Jay Sekulow, the group's chief counsel, said. Sekulow said her remarks reflect "an arrogance that was present during her involvement in the unlawful scheme to target conservatives."

In the article, Lerner also asserted that she's "not a political person;" she reportedly has voted for Republicans and Democrats.

As for the decision to plead the Fifth on Capitol Hill, Lerner claimed that allowed critics to "say anything they wanted, and they knew I couldn't say anything back."

She told Politico she's at the center of the controversy because "I was the person who announced it" -- referring to her May 2013 public admission of the targeting practices.

The article stresses that Lerner has paid heavily for legal bills and, despite receiving a $100,000-a-year pension, has had trouble getting work elsewhere. The article described her as "untouchable" in the job market.

Lerner was in charge of the IRS' tax-exempt office when the agency was singling out the Tea Party and other conservative groups that applied for tax-exempt status for additional scrutiny.

The interview addresses the toll the scandal has taken on Lerner. It says Lerner “tears up” at one point and details how family members received death threats -- and notes she has been called "the worst person ever in the United States."

"'I just thought, ‘Boy, worse than [serial killer] Jeffrey Dahmer?' she asks, her face crinkling up, eyebrows pinching together in disbelief," according to the story.

“Then, in a flash, she’s defiant again, saying she’s ‘not going to let them ruin my life,’” the story states near the end.