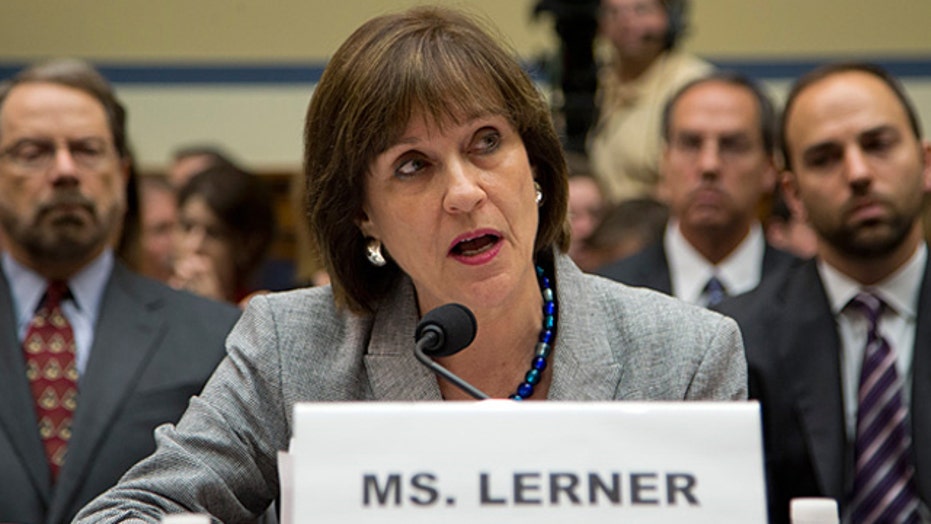 The IRS admitted to a federal court there was a second personal email account that Lois Lerner, the official at the heart of the Tea Party targeting scandal, used to conduct agency business.

The email account apparently was set up under the name, "Toby Miles," which sources tell Fox News is the name of Lerner's dog.

The admission, first reported by The Washington Times, was made Monday in an open-records lawsuit filed by Judicial Watch, a conservative group suing to see Lerner’s emails sent during the targeting of conservative groups filing for tax-exempt status.

IRS lawyer Geoffrey Klimas told the court that as it was putting together a set of documents to hand over to Judicial Watch, attorneys discovered another email account, in addition to her official account and a separate personal email already known to the agency.

“In the process of preparing this status report and for the August 24, 2015, release of Lerner communications, the undersigned attorneys learned that, in addition to emails to or from an email account denominated ‘Lois G. Lerner‘ or ‘Lois Home,’ some emails responsive to Judicial Watch’s request may have been sent to or received from a personal email account denominated ‘Toby Miles,’” Klimas told U.S. District Judge Emmet Sullivan.

Two sources told Fox News that Toby Miles is the name of Lerner's dog. Lerner's husband Michael Miles also reportedly may have been linked to the account. The IRS, though, concluded it was a personal account used by Lerner.

Klimas said the IRS is reviewing previous releases to Judicial Watch in light of the new account, and will provide an update by the end of August as to whether any documents need to be re-released with different redactions or if any additional searches need to be done.

A House Ways and Means Committee criminal referral in 2014 mentioned the Toby Miles email address, identified as tobomatic@msn.com, as the address was included on an email that also had Lerner’s official account on the chain of recipients.

At that time, the committee linked the Toby Miles address to Lerner’s husband, Michael Miles, but said, “The source of the name ‘Toby‘ is not known,” The Times reported.

“This is the latest in a parade of obstruction from the IRS and the Department of Justice on these issues,” Tom Fitton, president of Judicial Watch, told FoxNews.com, calling the idea that sensitive government information was on a non-government account "disturbing."

Fitton said that the DOJ and the IRS have apparently known about the Toby Miles account for some time, and cited this as more proof that a special counsel should be appointed to oversee the investigation into the scandal.

"This is just another example from the Obama administration of the -- to use an old Nixonian phrase -- modified limited hangout," Fitton said, adding, "the Obama IRS scandal is not over."