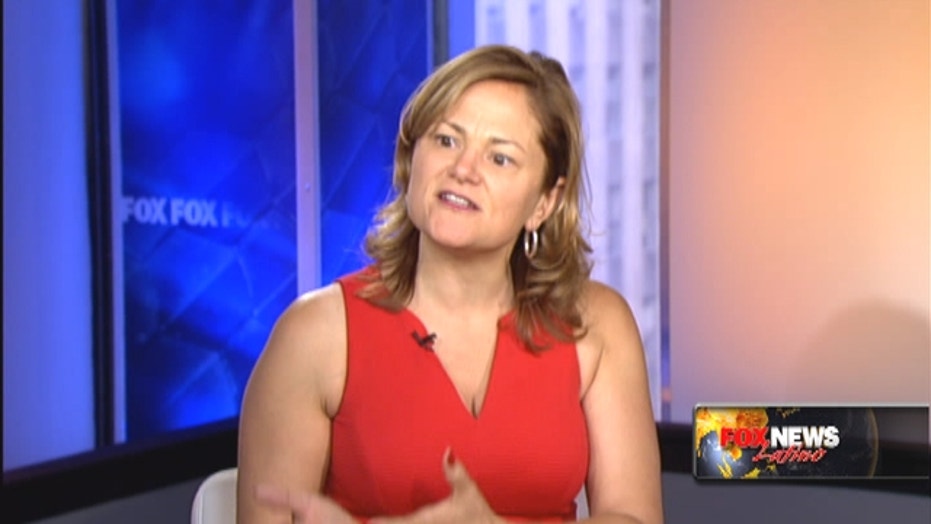 "Opportunity," she told Fox News Latino, as to why people are fleeing the U.S. commonwealth to the mainland.

Mark-Viverito was born and raised in San Juan, Puerto Rico and has been a leader in the Hispanic community since she was elected to the City Council in 2005. Now, 1,600 miles away from her birth home, the council woman is trying to be part of the solution at the behest of her constituents, many of whom are Puerto Ricans who have fled the island over the years because of the worsening economic situation.

"People don’t want to be forced out of their home," she said of the Puerto Ricans who have fled. "This is not something people may really want to do. I think it’s really difficult."

Mired in $72 billion in debt, Mark-Viverito insists it would be 'irresponsible' for the U.S. government to abandon Puerto Rico which recently defaulted on its payments for the first time in its history. Unemployment rate on the island is more than 12 percent and the poverty rate is more than 40 percent.

The outspoken Mark-Viverito is helping to lobby support on the U.S. mainland to get Congress to help Puerto Rico. Under the current law, Puerto Rico does not qualify for Chapter 9 bankruptcy protection because it is a U.S. territory. Senators Charles Schumer and Richard Blumenthal are leading an effort to passlegislation that would allow Puerto Rico's municipalities to readjust their debts under Chapter 9.

Mark-Viverito believes the decision is clear – the legislation should pass.

"It’s irresponsible for the U.S. government to walk away from Puerto Rico right now," she told FNL.

She believes the U.S. government needs to get involved in negotiations and not leave Puerto Rico's debt in the hands of hedge funds looking for millions in repayment profits and who are not looking out for the best interest of the island.

"They (hedge funds) have to sit at the table, too," she said. "A lot of these vulture funds aggressively went in and bought this debt at a really low amount. They are expecting to get more of a return then what they put in. So there’s ways that this can be negotiated. We think everyone has to sacrifice."

But she believes the people who live in Puerto Rico, who are all U.S. citizens, have sacrificed a lot thus far and should not bear the weight alone.

The U.S. Congress, she said, needs to step in.

"Austerity is not, to me, the solution," Mark-Viverto said. "It never has been. I think we’ve seen it try to play out in other parts in the world and it does not work and that’s what they (the hedge funds) are offering… 'Well, we will privatize everything that belongs to the government, shrink the workforce, cut education,' I mean that’s the solutions they are offering. They are not offering any sacrifice they are willing to do on their end."