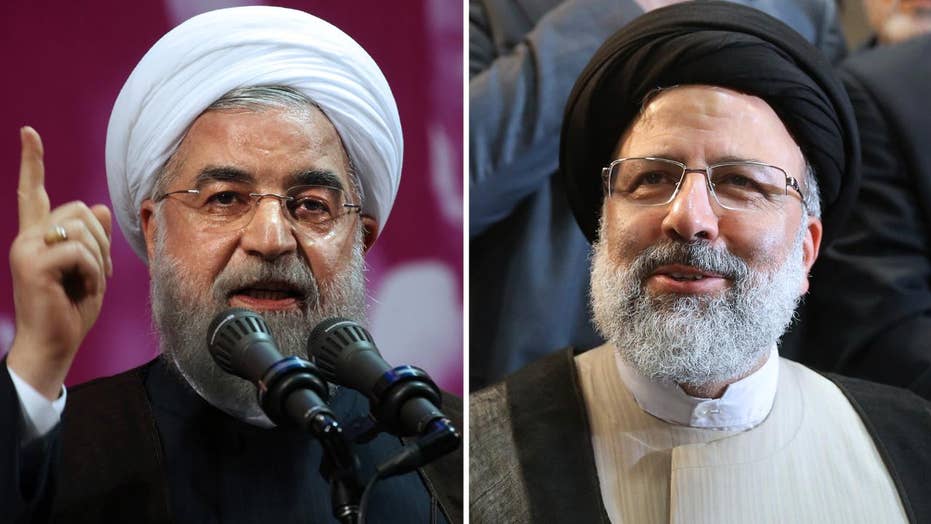 Nuclear deal looms large as Iranians head to the polls

Iranians vote in tight presidential election; insight from Mark Dubowitz, CEO of the Foundation for Defense of Democracies

The Iranian regime is believed to be operating polling stations across the United States ahead of the country’s election on Friday, an effort that appears to violate U.S. laws barring Iranian agents from operating on American soil in this manner, according to sources apprised of the situation.

There are nearly 50 such polling stations where Iranian expats can vote across the United States, including in major American cities such as New York City and Washington, D.C., according to a list of polling stations published online.

Iranian polling stations have already been shut down in Canada and calls are mounting for the Trump administration to take similar action, according to a White House petition created by Iranian dissident groups that call on President Donald Trump to "shut down illegal Iranian regime election sites in the U.S."

As Iran gears up to hold its presidential election on Friday—a process critics have described as corrupt—Iranian regime opponents are warning that the polling sites will be staffed by agents of the Islamic Republic. This may be a violation of U.S. laws barring regime officials from traveling across America without explicit permission from the State Department.

At least 27 polling sites appear to have been set up across the Eastern Seaboard, according to information published online, with more across the country.

U.S. law prohibits agents of the Iranian regime from traveling 25 miles outside of New York City and Washington, D.C., without explicit permission from the government. Additionally, sanctions prohibit U.S. individuals from conducting business with representatives of the Iranian government.