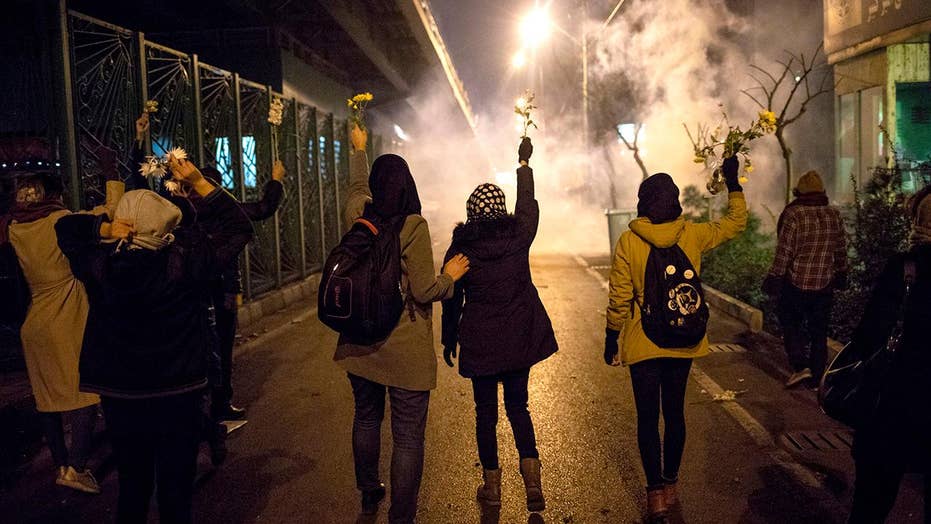 What Iran protests against the regime mean for the country's future

Iran expert Maysam Behravesh criticized President Trump’s 'hypocrisy' on Iran and argued why the protests 'are a far cry from an endorsement of the Trump administration.'

Former intelligence analyst and policy advisor in Iran Maysam Behravesh criticized what he called President Trump’s “hypocrisy” on Iran on Monday, arguing, “the anti-Islamic Republic protests are a far cry from an endorsement of the Trump administration.”

Iran has been in the middle of widespread demonstrations after the Iranian government admitted one of its missiles accidentally shot down a Ukrainian passenger jet.  Trump lauded the Iranian people and the protests on Twitter, writing, “To the brave, long-suffering people of Iran: I’ve stood with you since the beginning of my Presidency, and my Administration will continue to stand with you. We are following your protests closely, and are inspired by your courage.”

Behravesh said the world should take particular interest in these protests because the slogans against the Islamic Republic have become more explicitly foundational, expressing anger at the country’s political establishment. He noted, however, that just because the protesters were rejecting the Islamic Republic did not mean they were accepting the Trump administration. In fact, he noted some demonstrators have b been questioning the authenticity of Trump’s support in the context of his previous actions and statements.

“The protesters are raising that they’re only being supported by the Trump administration when they take to the streets and brave bullets,” Behravesh explained.  “But, other times... 90 percent of the time, they are regarded as terrorists. So, this mendacity or hypocrisy is not lost on Iranian people and protesters who have had crippling sanctions imposed on them.” 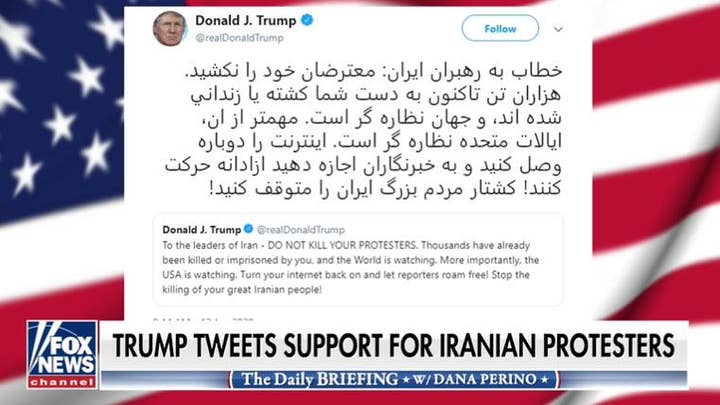 The Trump administration late last week announced a new wave of sanctions on Iran following Tehran’s missile strikes on bases used by U.S. and coalition forces in Iraq. Trump signed an executive order imposing sanctions on anyone involved in the Iranian textile, construction, manufacturing or mining sectors, with separate penalties lobbed against the steel and iron sectors.

The administration already had reinstated all sanctions that the U.S. had eased under the 2015 nuclear deal, which has caused significant economic hardship in Iran and cut its oil exports to historic lows.

Behravesh suggested that the way forward was for both Iran and the United States to take steps toward de-escalation.

“The Trump administration should give peace talks and diplomacy a chance by reducing sanctions or offering sanctions relief so that negotiations would take off,” Behravesh said. “The fact is that the Islamic Republic is very unlikely to back down and any further push towards regime change will simply result in bloodshed and further death and destruction.”