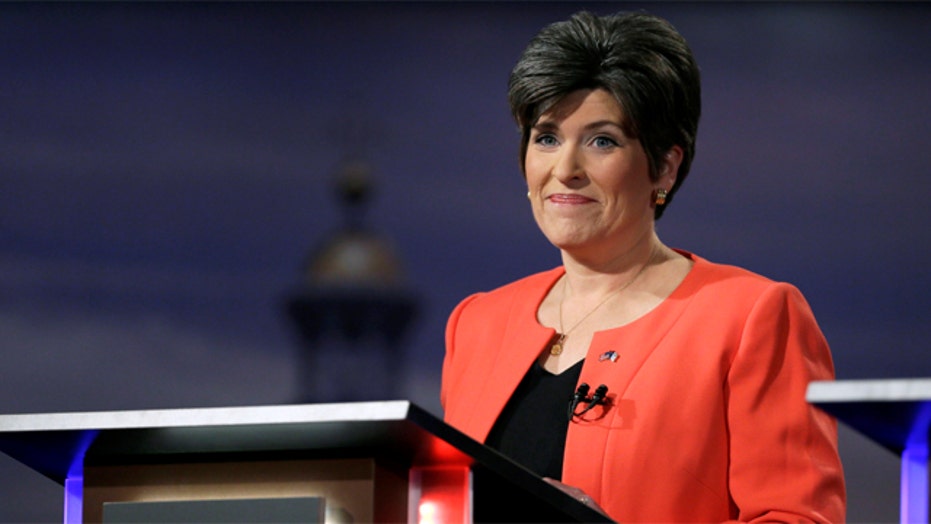 Ernst attracted national attention after she released an ad in March playfully suggesting her experience on her family’s farm castrating pigs will translate to her cutting “pork” in Congress, pledging to “make ‘em squeal.”

The attention helped her languishing fundraising efforts and made her the frontrunner for the first open Senate seat in the state in three decades.

Ernst told a crowd of cheering supporters after being declared the winner that she is running to represent "Iowa values" in Washington.

“I’m running for Senate because Iowa means everything to me," she said.

Ernst also spoke to the supporters of her competitors, urging them to seek common ground to come together to defeat Braley.

"This is not outcome we were hoping for but an outcome Iowans voted for, and we respect that decisions," her closest challenger, Mark Jacobs, said in his concession speech.

Ernst, also a National Guard officer, garnered support from such Tea Party favorites as Florida GOP Sen. Marco Rubio and establishment Republicans such as 2012 GOP presidential nominee Mitt Romney, who helped Ernst with a last-minute swing around the state.

Democrats are attempting to keep control of the Senate while Republicans are trying to win a net six seats to retake the upper chamber. The nonpartisan Rothenberg Political Report has rated the general election race “lean Democrat."

"I look forward to a rigorous debate about who can rise above the partisanship of Washington politics and fight for Iowa's working families," Braley said in a prepared statement.