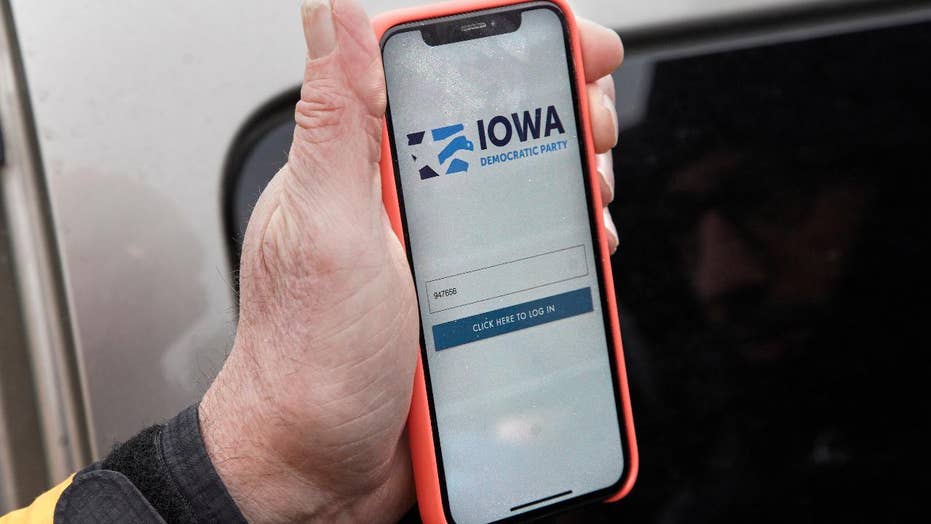 The breakdown of Monday’s Iowa caucuses has renewed scrutiny of the state’s coveted political status at the start of the presidential nominating calendar -- and of the caucus system itself -- as some longtime observers openly question whether the mess could endanger the state's cherished role.

A technical meltdown delayed the reporting of the Iowa caucus results on Monday night, causing chaos in the political world and leaving the outcome of the first nominating contest in limbo.

The Iowa Democratic Party blamed the situation on a “coding issue” in its reporting app and vowed to finally release results beginning late Tuesday afternoon — nearly 24 hours after caucus-goers arrived at their precincts to participate in the historic election ritual.

The lack of results left many in the 2020 Democratic field heading to New Hampshire claiming some level of victory in the first contest.

But the chaos opened the floodgates of criticism toward Iowa’s Democratic Party structure.

“However bad the handling the count has been, the Iowa’s Democratic Party’s handling of the messaging around it has been an abject disaster. It should be taught in classrooms as an example of what not to do in a crisis,” David Axelrod, former top strategist and adviser to then-President Barack Obama, tweeted Tuesday.

“The changes that were made to the caucuses were adopted to make them more transparent. But in explaining what went wrong, the IDP could not be less transparent. Insane,” Axelrod continued.

The 2020 Democratic Iowa caucuses did undergo a change meant to boost transparency in how the results were reported. For the first time, the state party planned to report not only the percentages of the number of state delegates won by each candidate— which has been done for decades — but also the raw vote totals at the beginning of the caucuses and at the end of the evening.

The new rules were designed to make the caucus reporting more transparent and to make sure that even the candidates who don’t reach the required 15 percent mark and don’t win delegates to July’s Democratic National Convention get credit for all the votes they received in the first round of caucus voting.

“At this pace, New Hampshire may finally get it’s wish to be the first state in the nation that casts and REPORTS primary votes,” Axelrod tweeted, in a swipe, again, at Iowa.

But Axelrod was not alone in his criticism. Former Obama administration secretary of Housing and Urban Development Julian Castro, who was an early 2020 presidential hopeful, blasted the system on Monday night.

“This is a total mess. I respect the people of Iowa, they’ve been great — but it’s become very clear that our democracy has been misserved by a broken system,” he tweeted Monday.

And David Yepsen, host of “Iowa Press” on Iowa PBS and a former longtime Des Moines Register reporter, cast doubt over the state maintaining its cherished spot on the primary map.

Iowa has held its special place in presidential election history since 1972 but first took the national spotlight in 1976, when then-candidate Jimmy Carter actively campaigned in Iowa and won.

Both Iowa and New Hampshire have had to fight back criticism of their primary calendar status -- criticism tied in part to their predominantly white populations and limited urban areas that detractors say do not adequately reflect the broader population.

Now, amid Monday’s reporting chaos, Iowa politicians on both sides of the aisle are coming to the state's defense.

“Iowa’s unique role encourages a grassroots nominating process that empowers everyday Americans, not Washington insiders or powerful billionaires. The face-to-face retail politics nature of Iowa’s caucus system also encourages dialogue between candidates and voters that makes our presidential candidates accountable for the positions they take and the records they hold,” Sens. Chuck Grassley, R-Iowa, and Joni Ernst, R-Iowa, said in a statement Tuesday.

“Iowa’s bipartisan first-in-the-nation status helped lead to the nomination of President Obama and has the full backing of President Trump. The process is not suffering because of a short delay in knowing the final results,” they continued. “Iowans and all Americans should know we have complete confidence that every last vote will be counted and every last voice will be heard.”

They added: “We look forward to Iowa carrying on its bipartisan legacy of service in the presidential nominating process.”

“It is not the fault of Iowa, it is the Do Nothing Democrats fault. As Long as I am President, Iowa will stay where it is. Important tradition!” the president tweeted early Tuesday.