From the GOP’s gains in the Senate to Nancy Pelosi’s vindication, here’s a look at some of the newsworthy wins of the 2018 midterm election.

Internal, leadership battles are likely to consume the House of Representatives over the coming weeks.

House Republicans have set their internal leadership races for next week.

In many respects, losing the House may prove to be a good thing for House Majority Leader Kevin McCarthy, R-Calif. McCarthy failed to garner the votes to succeed former House Speaker John Boehner, R-Ohio, in 2015. Had Republicans maintained control of the House, McCarthy may have faced the same problem – especially with diminished House numbers.

That said, it’s possible there could be recriminations since the GOP lost control of the House. It’s unclear what happens to Rep. Jim Jordan, R-Ohio, who would only say he was running for Speaker. Other GOPers could be in play, too. 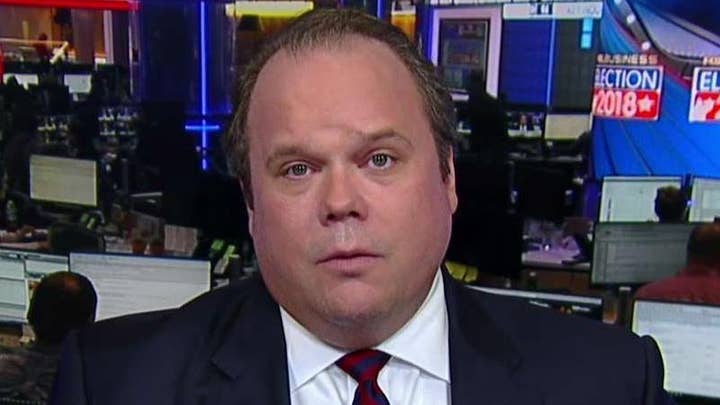 Things are a little dicey for the Democrats, too. The odds favor returning the gavel to House Minority Leader Nancy Pelosi, D-Calif., as Speaker. But she is going to have to spend some time shoring up her support among Democratic newcomers and others who see the current leadership team as long in the tooth.

It’s rare for an ex-Speaker to return to the speakership. The late Speaker Sam Rayburn, D-Texas, served three terms as Speaker before Democrats lost the House in 1946. House Speaker Joe Martin, R-Mass., wielded the gavel for one Congress before the Democrats regained the majority in 1948. Rayburn was set as Speaker for two Congresses. But Republicans won the House and Martin returned as Speaker after the 1952 election. But that GOP majority was short-lived. Democrats re-earned the majority in the 1954 midterms and Rayburn came back again as Speaker.

However, none of them are out of the woods yet, including Pelosi. The entire House Democratic leadership matrix would likely look different if Rep. Joe Crowley, D-N.Y., hadn’t lost his primary to Rep.-elect Alexandria Ocasio-Cortez, D-N.Y. Crowley is the House Democratic Caucus Chairman and was seen as the most likely figure to break into the top Democratic leadership ranks – regardless of which other leaders wanted to cling to their jobs.

Overall, it’s rare for the House to switch hands. This is only the fourth time the House has flipped since 1954. Democrats held the House for 40 consecutive years until the “Republican Revolution” in 1994 which brought House Speaker Newt Gingrich, R-Ga., to power. Democrats seized the House in 2006. Republicans then rallied to take the House in 2010.