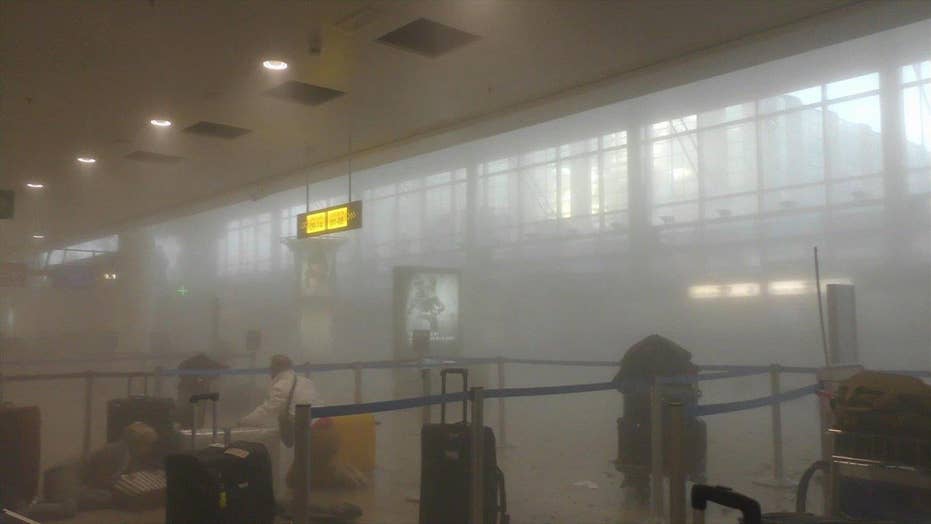 Steve Rogers, former member of the FBI's Joint Terrorism Task Force, on the possibility of a larger terror network

House Intelligence Committee Chairman Devin Nunes, R-Calif., said Wednesday that the Brussels terror attacks may have been a “proxy” effort to “target” Americans, as officials continue to scramble to determine how many Americans were in fact injured in the bombings.

The top-ranking House lawmaker pointed to the location of the attacks – near the counters of U.S. airlines at the Brussels airport, and a subway station near the U.S. embassy – in making the claim. He said both are locations with the potential for American casualties.

“I am worried that this was indeed some type of attack on Americans -- not just Americans, clearly it is our allies too,” Nunes said. “I think it is possible that it was a proxy. …  The locations to me clearly were where Americans would be.”

Nunes made clear he had no concrete evidence for the claims, describing his comments as his own “assessment.”

American Airlines already has corrected initial, erroneous reports that one of the bombs Tuesday went off at the airline’s counter in Brussels. An intelligence source told Fox News earlier this week that the bombers appeared to target the highest concentration of passengers, rather than a specific airline.

American Airlines was not in either location. However, the attacks still occurred near the counters for American, United and Delta – all American companies.

Further, the subway stop targeted on Tuesday, the Maelbeek station, is just blocks away from the American embassy, as well as the Turkish and British and other major embassies.

It is also near the offices for a United Nations information center, the Council of the European Union, Google Brussels, and the International Press Centre (IPC) housing foreign journalists.

Nunes speculated about the true target as some Americans remain unaccounted for in the wake of the attacks.

State Department Spokesman Mark Toner said Wednesday about a dozen Americans were injured during the bloody morning but couldn’t confirm if any citizens were killed.