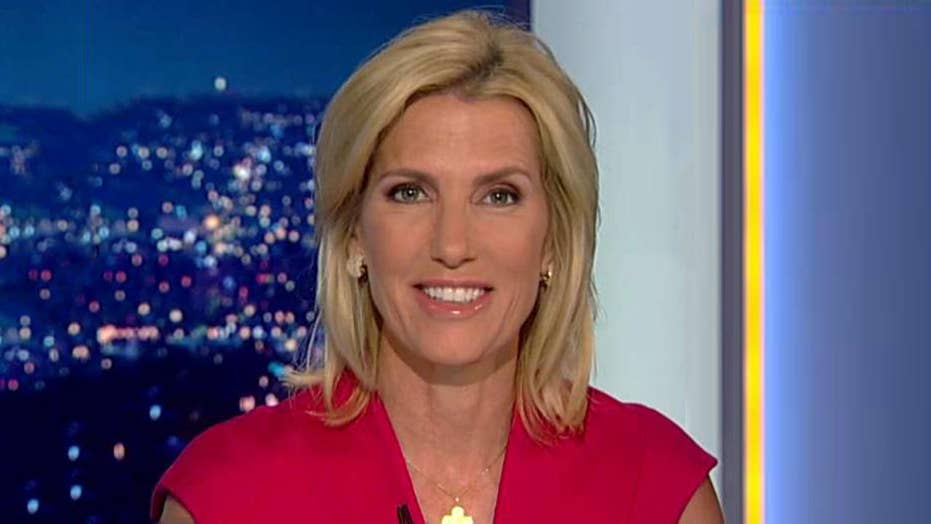 "If any other president were doing the things Trump is doing for this economy, for jobs, for workers, taking on China most of the media would be throwing rose petals and parade every time he showed up," Ingraham said on "The Ingraham Angle" Monday.

Ingraham believes that "should be the play list for Trump 2020" responding to a multitude of clips talking about the positive numbers.

Ingraham also touted Trump's work on the border and with Mexico.

"Who else has recognized and responded to the crisis at the border like Trump? Using a threat of tariffs and diplomatic pressure, Trump has gotten Mexico to step up finally on their immigration enforcement," Ingraham said.

According to a recent Fox News poll, fifty-seven percent of voters feel optimistic about the economy. That’s down from 66 percent who felt that way when President Trump was inaugurated in early 2017, and from 63 percent who were optimistic in February.

Ingraham said that voters should vote to keep "the good times going" despite being unhappy with his tweets.

"The Trump re-election message should be simple, do you want to keep the good times going and make America even stronger? Are you better off than you were in January 2017? Some of you may not like some of Trump's tweets. But you are going to hate what Democrats will do to the prosperity that his policies have created," Ingraham said.