California Gov.-elect Gavin Newsom will place his collection of wineries, hotels, restaurants and other holdings into a blind trust, he announced Thursday.

Newsom, who takes office Jan. 7 and has made millions from his investments, also promised to disclose his personal and business holdings each year in addition to this tax returns, the Sacramento Bee reported.

His array of hospitality businesses, known as the PlumpJack group, grew out of a wine shop he owned in San Francisco in 1992, the Los Angeles Times reported. Newsom, 51, is a former mayor of San Francisco, having held that office from 2004 to 2011.

“Governor-elect Gavin Newsom is announcing today that he will be the first governor in the history of California to release his tax returns every year, just as he has done as a candidate,” Newsom’s spokesman Nathan Click said in a statement. “Newsom will also disclose his personal and business holdings each year on his statement of economic interest and separate himself from the PlumpJack Group wine and hospitality businesses that he has built.”

Shyla Hendrickson, an attorney and Newsom family friend, will manage his businesses while he is governor. She will be legally barred from sharing business information with Newsom and his representatives, Click told the Bee.

Newsom will also issue an executive order barring state executive branch agencies from doing business with PlumJack, according to the paper.

“That’s as much as anybody could ask him to do, except for selling all the properties, which I wouldn’t recommend him doing,” Stern told the L.A. Times Thursday.

Newsom's moves, perhaps deliberately, are in contrast to those of President Trump, who has refused to divest from his real estate holdings or put them into a blind trust. Trump has put his children in charge of his businesses instead. 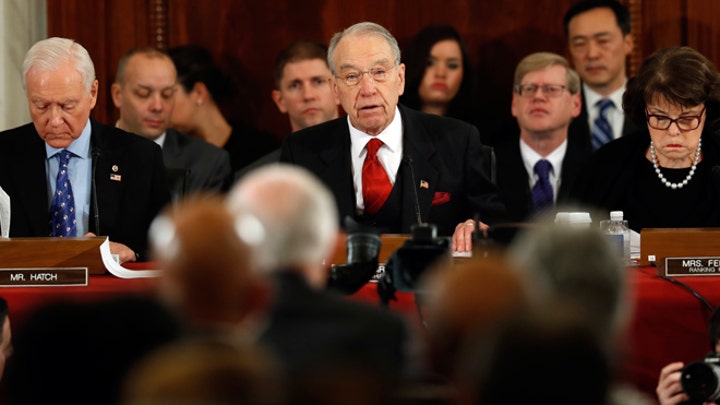 Walter Shaub, director of the U.S. Office of Government Ethics, has blasted Trump's decision to maintain his business empire instead of selling of his corporate assets and placing remaining profits in a blind trust.

State law doesn’t require Newsom to divest from PlumpJack and he can still sign bills or take executive action that would benefit his companies if his decision would affect all Californians in the same way it would affect him.