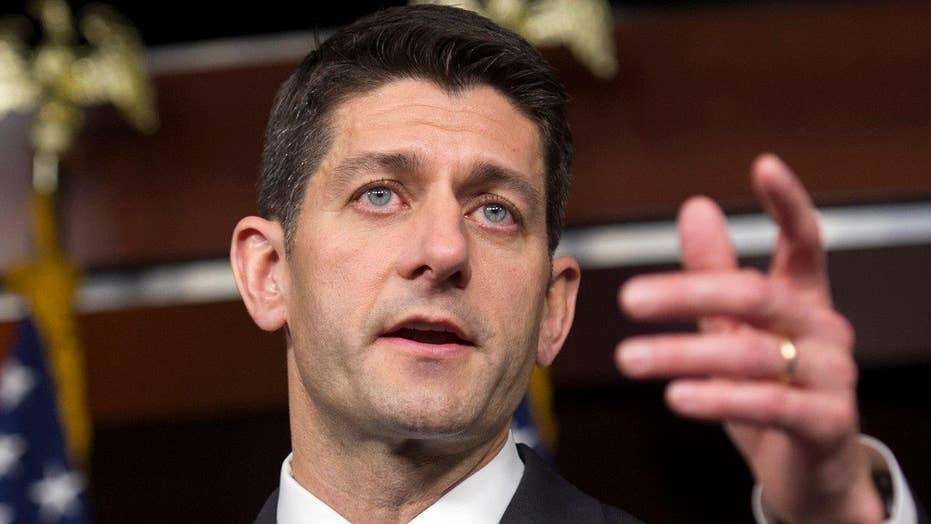 Ryan on Trump meeting: Encouraging, but a process

We must speak of contingencies in the presidential election year of 2016 because it has already been so strange.

Certainly a third party could prevent the Democratic or Republican presidential nominees from earning an absolute majority to win in the electoral college.

This is a primer for a contingency, which hasn’t unfolded in American political history in 191 years. It might not happen this round, either but just consider the past year in politics.

The country’s founding fathers feared a direct, “popular” election of the president. So while the founders erected a system for eligible voters to cast ballots for president, they also simultaneously constructed an astonishing three safety valves to potentially curb the will of the masses, diffusing political power when selecting a chief executive.

Creating the electoral college was the first circuit-breaker. The founders distributed “electoral votes” based on the population of each state.

They granted the smallest states a minimum of three electoral votes -- based on the standard distribution of at least two U.S. senators and one member in the House. But bigger states would command more sway in the electoral college, because, well, they were bigger.

Hence, the reason New York and Virginia were power players in the early years.

In essence, voters were choosing “electors” for their state who would cast ballots on behalf of the candidate who emerged victorious.

However, electors are free to vote the way they want and not bound to the candidate who prevails in a state. That produces the periodic phenomenon of “faithless” electors casting ballots in the electoral college. Washington, D.C., and 29 states have laws latching electors to candidates.

The last faithless elector incident came in 2004. An unknown elector from Minnesota cast their ballot for then-Sen. John Edwards, D-N.C., the Democrats’ vice presidential nominee, instead of now-Secretary of State John Kerry, the Democratic standard-bearer.

Regardless, when writing the Constitution, the founders dictated that the House and Senate would serve as the ultimate arbiter of each state’s electoral slate.

This is the second circuit breaker. In the period between the election and inauguration, the new House and Senate would convene a Joint Meeting of Congress to tabulate and check the electoral vote.

This entails an actual adjudication and certification by each body. But what happens if a dispute arises when checking the electoral college slates?

The House and Senate later reconvene to finally settle the issue in the Joint Meeting with the speaker of the House and the president of the Senate (the vice president) presiding.

In early 2001, various members of the Congressional Black Caucus aimed to challenge Florida’s electoral slate from the previous fall’s disputed presidential election. Then-Vice President Gore repeatedly asked each CBC member if they had a Senate sponsor to jointly contest the Florida electoral slate. None did.

“I don’t care that it is not signed by a senator,” famously proclaimed Rep. Maxine Waters, D-Calif., when pressed by Gore if she had a Senate advocate.

The irony of course is that the person who stood to benefit from a successful challenge of Florida’s electoral ballot was none other than Gore -- the 2000 Democratic Presidential nominee.

In other words, this was getting awkward. But not for long.

The move triggered applause from congressional Republicans in the House chamber.

Officials reported voting irregularities in Ohio in 2004. The late-Rep. Stephanie Tubbs Jones, D-Ohio, raised the issue about Ohio’s electoral slate during the January, 2005 Joint Meeting of Congress certifying the electoral college. Only this time around, Tubbs Jones found a Senate patron in Sen. Barbara Boxer, D-Calif.

Based on D.C.’s population, the electoral college distributes the three electoral votes to the district -- the same number it would have if the city were a state - two Senate seats and one House seat. So, 270 electoral votes is the magic number to win the presidency.

However, the founders anticipated the possibility of a scenario in which  nobody captured an outright majority of the electoral vote. In other words, the most votes does not guarantee a win in the electoral college. The successful candidate must secure 50.1 percent of all electoral votes tabulated.

That was not the case in the presidential election of 1800.

This brings us to the third safety valve designed by the founders. Something called a “Contingent Election.”

The U.S. has only witnessed two contingent elections in its history. The first occasion followed the 1800 mayhem and again in 1824. If no candidate harnesses an absolute majority in the electoral college, the Constitution pitches the election for president into the House of Representatives – and the choice for vice president is left up to the Senate.

In the House, each state votes as a delegation among the top three electoral vote getters.

The District, despite holding three electoral votes in the electoral college, is cut out of the picture altogether in a contingent election because it technically does not have a voting House member.

Delegate Eleanor Holmes Norton, a Democrat, is  just that: the District’s delegate to Congress. Not a full-fledged House member.

The top three electoral college vote getters are eligible for consideration for president on the House floor in a contingent election. In 1801, it was Burr, Jefferson and Adams.

That contingent election unfolded so early in U.S. history that they had yet to construct the House chamber. So House members voted in what is now the office of Senate Majority Leader Mitch McConnell, R-Ky., on the Senate side of the Capitol. The exercise consumed seven days before Jefferson finally vanquished Burr and Adams on the 36th ballot.

But the vote for president by state delegation in the House introduces an entirely new dynamic into the process.

Consider that California -- the big-shouldered state in the electoral college with 55 electoral votes -- is reduced to just a single vote in the contingent election, the same as Delaware or South Dakota.

More Democrats comprise California’s House delegation than Republicans. California would be expected to repeat its long-standing trend of voting for the Democratic candidate for president. So California remains the same.

But try a swing state like Wisconsin. It currently has ten electoral votes. Republicans outnumber Democrats in its House delegation five to three. But here’s where it gets interesting. Rep. Reid Ribble, R-Wis., is retiring.

His district is up for grabs this fall. Let’s say Ribble’s seat flips to a Democrat. The Wisconsin House delegation is now even with four Republicans and four Democrats. And if the state is deadlocked, well, Wisconsin’s vote doesn’t count toward the total.

Ryan would preside over this pandemonium -- that is, if he’s still speaker. He is cognizant of his role chairing the Republican convention this summer in Cleveland. Ryan’s said he wants to be “Switzerland” and “neutral.”

But in a hypothetical contingent election, would Ryan vote as part of the Wisconsin delegation? Or would he remain above the fray, tipping the balance of Wisconsin’s delegation to the Democrats at four to three and breaking a possible deadlock?

In the contingent election of 1825, John Quincy Adams squared off with Andrew Jackson. Adams eventually secured the presidency even though Jackson won more popular and more electoral votes in 1824.

Jackson later accused House Speaker Henry Clay, of Kentucky, of engineering a “corrupt bargain” to catapult Adams to the presidency.

Jackson accused Adams of offering Clay a cabinet post in exchange for whipping the vote for president in his favor. Clay harbored a visceral contempt for Jackson over how he handled the battle of New Orleans.

Ergo, there could be good reason for the House speaker to stay above the fray should a contingent election ever unfold again.

The House elected Adams president on the first ballot, compared to the 36 ballots needed to propel Thomas Jefferson to the presidency nearly a quarter century before.

But what happens if the contingent election drags on past inauguration day? There is a very small window in which to settle an electoral college dispute -- between the start of the new Congress in January and inauguration day on January 20? The country can’t operate without a president.

Well, there’s a contingency for that, too. Believe it or not, the sitting Vice President from the old administration becomes acting president until the House mediates the electoral college issue.

In other words, in this strange world of hypotheticals, Joe Biden has a chance to perhaps serve as President of the United States … at least for a few days.