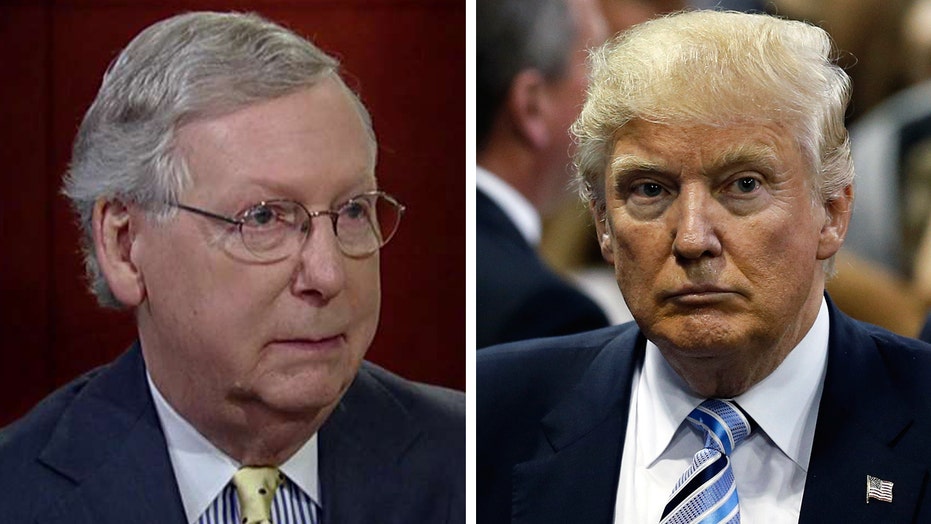 The 115th Congress begins Tuesday with a full slate of business, though nothing will be more politically important or pressing for Republicans than repealing ObamaCare.

With Donald Trump set to officially become president on Jan. 20, Republican leaders in the House and Senate will begin repeal efforts shortly after Congress’ 59 new members -- seven senators and 52 House members -- are sworn in and the formalities are concluded.

The GOP, which now controls both Capitol Hill and the White House, has made dismantling the 2010 health care law a priority almost since it was signed by President Obama.

Lawmakers will also look at a tax overhaul, reversing Obama-era environmental regulations and other conservative priorities.

However, such efforts will have to share center stage with the Senate confirmation hearings for Trump’s Cabinet picks in the days and months that follow the president-elect’s swearing-in.

It should be easier for Republicans to move nominations after Democrats changed the Senate's filibuster rules in 2013. Still, Democrats have pledged to fight many of the nominations, highlighting what they call the hypocrisy of Trump’s populist message and his wealthy, corporate-favoring nominees for several posts.

Perhaps the biggest wild card in the new Congress’s early weeks will be what to do about Russia’s involvement in several cyberattacks during this year’s presidential race -- in which Trump defeated Democratic presidential nominee Hillary Clinton.

Trump has been skeptical about Russia’s involvement, while top GOP Sens. including Lindsey Graham of South Carolina and Arizona’s John McCain, chairman of the Senate Armed Services Committee, have called for hearings on the issue and proposed sanctions beyond what President Obama imposed last week.

McCain told Fox News on Wednesday that he also wants to permanently station U.S. soldiers in the Baltic Sea countries bordering Russia and increase aid to neighboring Ukraine against Russian aggression -- to ensure Russian President Vladimir Putin knows “this kind of interference will be responded to."

How GOP leaders and Trump negotiate the issue will likely depend on the outcome of the president-elect’s meeting this week with U.S. intelligence officials.

Republicans will face other obstacles from Democrats, beyond the Cabinet conformations.

Senate Minority Leader Chuck Schumer, D-N.Y., and House Minority Leader Nancy Pelosi, D-Calif., have already made efforts to stop proposed changes to entitlement programs like Medicare and Medicaid and to ObamaCare. Those efforts include a planned national “Day of Action” on January 15.

“Bring it on,” Schumer said in November, after Senate Majority Leader Mitch McConnell vowed to make repealing ObamaCare a first order of business.

And Obama is scheduled to visit congressional Democrats on Wednesday to discuss ways to save his signature legislation.

Republicans likely won’t be able to replace ObamaCare in its entirety for several years, considering they would need an alternative program for the roughly 22 million Americans who would lose their current health insurance.

In addition, Trump and both parties have expressed interest in a large transportation bill to create jobs and to fix the country’s aging infrastructure. But a clear plan has yet to emerge, with the estimated, billion-dollar price tag a likely sticking point among fiscal conservatives on the Hill.

The Senate plans to begin repealing ObamaCare on Tuesday with consideration of a procedural measure that will shield them from Democratic filibuster legislation annulling much of that statute.

Lawmakers will then spend the next few months working on legislation canceling broad swaths of the law. Provisions that are most likely to go are the law's mandate that people buy health insurance or face IRS fines, as well as its expansion of Medicaid coverage to more lower-earning Americans.

Republicans will then begin the more complicated task of building a new system. The GOP will have to craft new programs for the nation's $3 trillion health care system and make sure insurance markets don't collapse while the transition is under way.

McConnell, Ky., and House Speaker Paul Ryan, R-Wis., also want a massive tax overhaul, with the goal of simplifying a complicated tax code that rewards wealthy people with smart accountants as well as corporations that can easily shift profits and jobs overseas.

It would be the first major tax overhaul in 30 years. Trump has also advocated a tax overhaul, but with fewer details. He promises a tax cut for every income level, with more low-income families paying no income tax at all.

Waiting in the wings will be confirmation hearings to replace Supreme Court Justice Antonin Scalia, who died 11 months ago.

McConnell blocked consideration of Obama's nominee, Judge Merrick Garland, saying the next president should make the pick. The strategy paid off, and the Republican Senate will consider whomever Trump nominates.