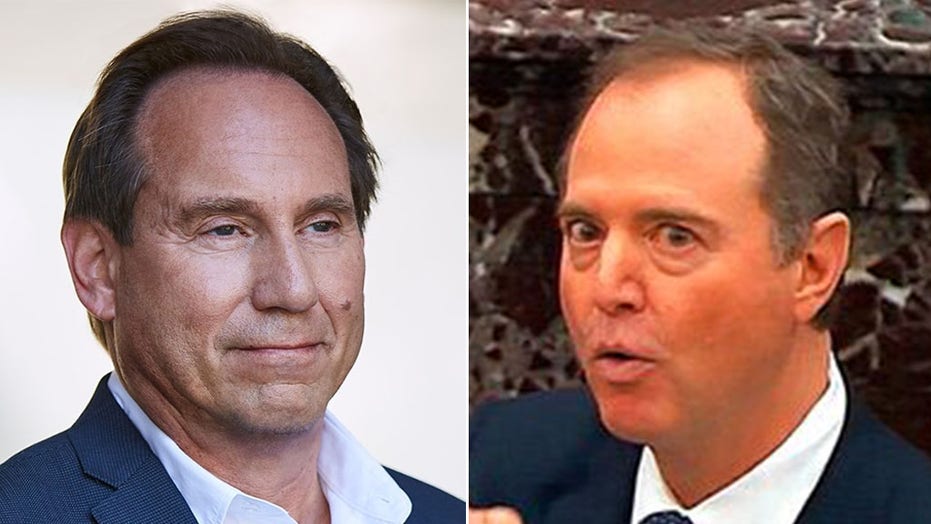 Early, a Los Angeles attorney running against Schiff for Congress, says Republicans are grateful that Schiff's impeachment backfire has boosted President Trump's likelihood of winning another four years in office.

The ad will run on cable and broadcast stations through the March 3 California primary, Early said.

"Adam Schiff walks around acting like he’s this brilliant genius who’s smarter than the rest of us," Early said. "Yet this so-called genius managed to not only help increase President Trump’s approval ratings but also helped destroy Joe Biden in the process. That takes some serious talent. Of course, that was not the result that Adam Schiff wanted."

Representatives for Schiff did not immediately respond to Fox News' request for comment.

Early has an uphill climb to become the next congressman in a district that votes solidly Democrat. Schiff has raised a tremendous $9.2 million for his 2020 reelection campaign, records show. Early has brought in $528,000, which includes $108,000 in loans or donations the Republican made to his campaign.

But Early is counting on an energized GOP base turning out and swaying independents and moderate Democrats that Schiff has been so obsessed with Trump, he's lost sight of the needs of the district.

“Schiff has abandoned our district for 20 years," Early said. "Homelessness has reached epidemic proportions. It’s out of control. Crime is on the rise. Taxes keep going up. Illegal immigrants are being given whatever resources our state has rather than our tax-paying citizens."

House Democrats went on to impeach Trump for abuse of power and obstruction of Congress, alleging Trump sought foreign interference in the 2020 election by asking the Ukraine president for investigations into the Bidens while nearly $400 million in military aid hung in the balance.

Schiff took the lead in the trial before the Senate, speaking for hours on end. But he failed to convince a majority of senators to agree to hear witnesses, including former national security adviser John Bolton, a decision Democrats claim led to a "sham" trial.

Senators voted to acquit Trump of abuse of power on a 48-52 vote, with Sen. Mitt Romney being the only Republican to join with all Democrats. The vote on obstruction of Congress was defeated along party lines, 47 to 53 -- far short of the two-thirds needed to remove Trump from office.

Since the acquittal, Trump has been taking a victory lap and enjoying peak approval ratings of his presidency.

“Of course, the president’s approval ratings have increased because of all the many great things he’s been doing," Early said, "but Schiff helped along those lines and for that Schiff deserves credit.”