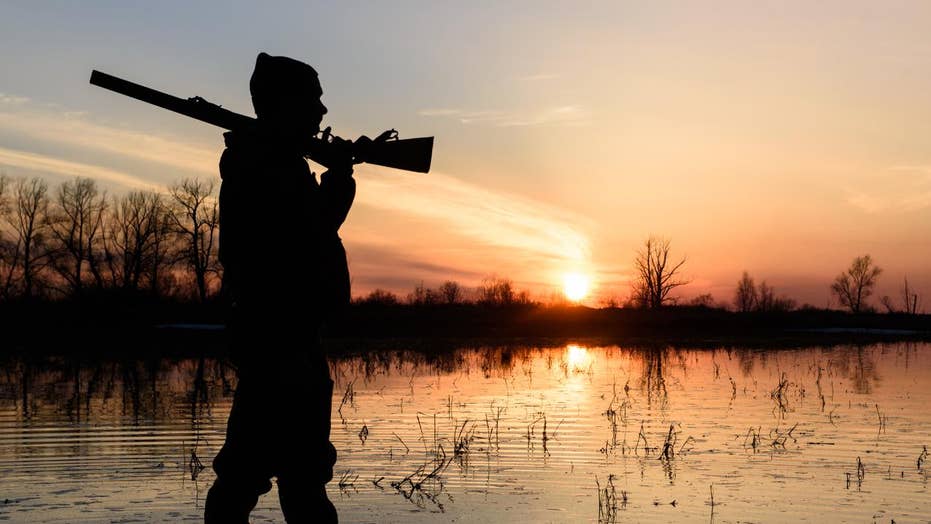 Hunting is a ballot-box issue in November elections

When North Carolinians head to the polls this November, they will be asked about hunting. More specifically whether or not they want ‘the right to use traditional methods, to hunt, fish and harvest wildlife’ enshrined in their constitution.

Wedged in among the basics of science, math and English, a new bipartisan measure in Illinois now gives school districts the option to build hunting safety education into the daily curriculum.

The legislation, signed Friday by Gov. J.B. Pritzker, a Democrat, and put into immediate effect, aims to bolster hunter and gun safety for students.

The House and Senate in Illinois are under Democrats' control, and the bill was initially introduced in February by downstate Democratic state Rep. Monica Bristow.

“Hunting in Illinois is still very popular, and students can learn about hunting as a sport. Hunters have respect for guns,” she told Fox News, underscoring that the legislation stirred no opposition. “If people have to do the education course to obtain a hunting license anyway, why not be able to do this in school?”

Bristow said there is no minimum age for obtaining the license. She said neither guns nor ammo will be allowed in classrooms, but students will have the option to visit shooting ranges on their own time.

A girl tries her hand at skeet shooting. (Jedraszak)

Sen. Jason Plummer – a Republican from Edwardsville and a sponsor on the bill – said “students who are exposed to lessons in hunting safety have a greater chance of respecting firearms and using them properly for the rest of their lives.”

“As the law is shifting to emphasize the importance of safe handling, adopting legislation like this could make for an accessible path for students to learn these methods in-depth, early on in their lives.”

The bill amends the school code and “provides that a school district may offer its students a course on hunting safety as part of its curriculum during the school day or as part of an afterschool program.” It also enables the state's Board of Education to “prepare and make available to school boards resources on hunting safety that may be used as guidelines for the development of the course.”

NRA spokesman Lars Dalseide said: "While we need to see what sort of guidelines the state Board of Education sets, it’s encouraging to see Illinois agree to provide courses that teach the safe and responsible use of firearms. Hopefully this will serve as a roadmap for other states that fail to provide such valuable lessons to our youth."

The Illinois Board of Education told Fox News that it's "neutral” on the bill, and that courses will be introduced according to districts' discretion.

Del Wilber, an Illinois-based hunter, firearms instructor and former police officer, said such courses typically entail teaching about firearms safety, the laws governing ownership and transportation, and ordinances to ensure that students will be in compliance when working with or otherwise involved with hunting.

In Wilber’s view, it is also crucial to separate the rural pockets of the state from the high levels of gun violence experienced in the state’s largest city, Chicago.

“Sadly, young people in Chicago and other inner-city areas simply aren’t exposed to guns for anything other than using them in crimes,” he said. “But hunting has been a part of life in rural Illinois. It isn’t about just killing poor animals; it is also an integral part of wildlife control.

"For instance, deer populations that aren’t controlled through hunting can become unmanageable, create a sick and unhealthy deer population, which can spread to domestic animal populations.”

Illinois is not the first state to encourage school schedules featuring hunting-related subjects. Starting in the spring, the North Butler and Clarksville Community districts in Iowa began implementing mandatory hunter safety courses as part of the physical education syllabus for seventh- and eighth-grade students.

Joel Foster, the superintendent for the two Iowa school districts, told Fox News that although parents were provided with the option to have their children not participate, no one took advantage of that option.

“The classes have allowed students to learn about firearms, safety and outdoor ethics in a controlled setting,” he continued.

In Illinois and Iowa, state laws dictate that those born after Jan. 1, 1980, and Jan. 1, 1972, respectively, must complete a standardized hunting education course through the Department of Natural Resources before being able to purchase a hunting license.

And as of December, four schools in South Dakota also started offering hunter education as a component of middle school PE.