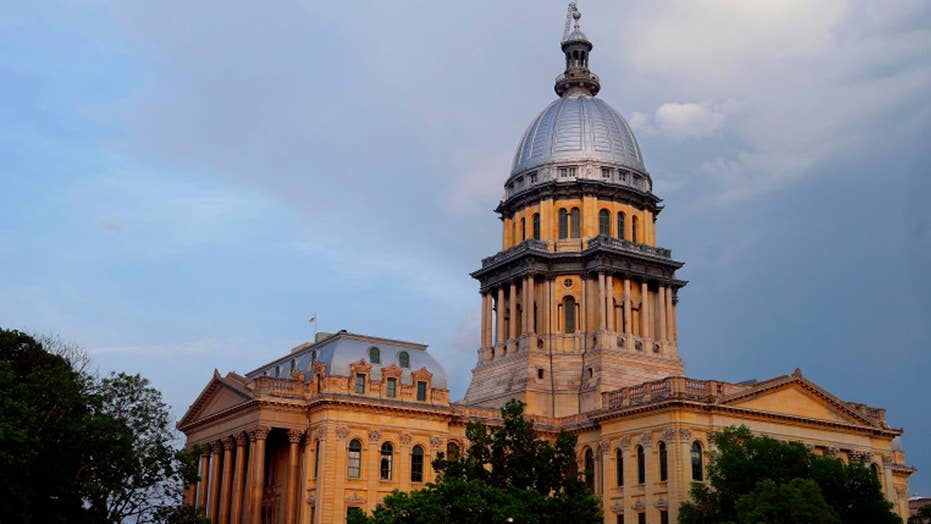 Illinois' budget crisis has become so dire that the state is in danger of entering a financial "death spiral," as a prominent ratings agency threatens to downgrade the state's credit score to "junk" status.

Doing so would increase the cost of borrowing, worsening the deficit and making it even harder for taxpayers to dig out of the hole.

“We’re in a death spiral—Illinois has the worst pension crisis in the nation and needs the boldest reforms,” Ted Dabrowski, Illinois Policy Institute’s vice president of policy, told Fox News. “There is no doubt that junk bond rating is on its way.”

S&P Global Ratings has warned the agency will likely lower Illinois' credit rating to below investment grade if feuding lawmakers fail to agree on a state budget for a third straight year.

Lawmakers are now in a special session in an effort to break the budget impasse, prodded by Republican Gov. Bruce Rauner, who has referred to his state as a “banana republic.”

The state currently faces $130 billion in unfunded pension obligations and a backlog of unpaid bills worth $15 billion. A downgrade to “junk” status would increase the cost of borrowing for critical infrastructure, or refinancing existing debt.

FILE - In this Jan. 25, 2017 file photo, Illinois Gov. Bruce Rauner delivers speaks in the Illinois House chamber in Springfield, Ill. Illinois is on track to become the first U.S. state to have its credit rating downgraded to "junk" status, a move that will deepen a multibillion-dollar financial hole and cost taxpayers more for years to come. (Ted Schurter/The State Journal-Register via AP File) (AP)

Dabrowski said passing a budget would “stave off” the junk rating, but the pension crisis in the state could only be remedied by “bold reforms,” such as a transition from pensions to 401(k) plans. He said the state risks becoming the “financial deadbeat of the nation.”

But some lawmakers see hope for a deal.

Senate President John J. Cullerton, a Democrat, “remains optimistic” the legislature can reach a balanced budget, as there is a “shared sense of urgency” among the legislative leaders, according to his spokesman.

“For a state with history of dreaming big and building big, a downgrade to junk status would be an embarrassing black mark on our standing and signal an unacceptable lack of confidence from the financial sector in our state,” Cullerton’s spokesman, John Patterson, told Fox News.

Rauner claims that the Republican plan for a budget could fix the state’s financial situation and called it a “true compromise.”

The plan incorporates reforms like property tax relief, term limits and spending caps, which have caused an “ongoing confrontation” between him and Illinois’ Democratic House Speaker Michael Madigan, one Republican leader told Fox News, adding that the two have been in a “stalemate” since Rauner took office two years ago.

“Gov. Rauner inherited this financial mess when he took office, and his proposals have been met by resentment from the speaker,” Deputy House Republican Leader Dan Brady said.

Brady added, “we are asking that the speaker allow for a date and a vote before June 30.”

When asked whether the legislature would be able to pass a budget package by the June 30 deadline, and about the likelihood of the change in rating, Madigan’s spokesman Steve Brown did not speculate.

“I don’t do predictions—there are numerous discussions around the State House on an effort to bring a balanced budget and see where there might be support for that,” Brown told Fox News. “I’m not in finance.”

And if the budget fails, Illinois will—literally—lose the lottery.

The state lotto requires a payment from the legislature each year. The current appropriation expires June 30, meaning no authority to pay prizes. In anticipation of the budget deadlock, the state already is planning to halt Powerball and Mega Millions sales.

“It is disappointing that the legislature’s inability to pass a budget has led to this development and will result in Illinois lottery players being denied the opportunity to play these popular games,” Illinois Lottery Acting Director Greg Smith told Fox News.

If the General Assembly fails to pass a budget package, they do have an option to pass another stopgap package, which lawmakers say is an option, but “not a good one.”