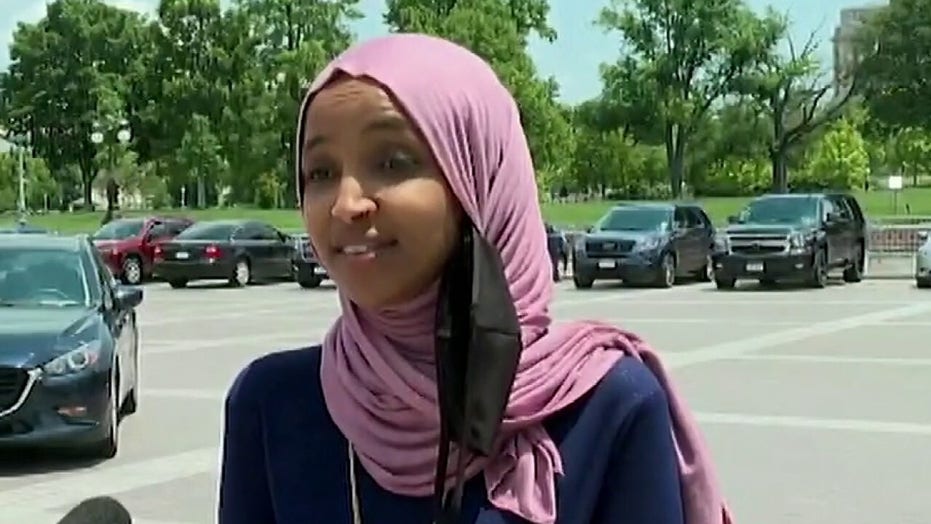 Omar quickly became a national political star -- and the source of significant controversy -- since winning her 5th District seat in 2018.

One of the first Muslim women (along with Rep. Rashida Tlaib, D-Mich.) to be elected to Congress, Omar is a key member of the influential left-wing group of female representatives known as the "Squad."

As one of the most vocal progressives in the chamber, she has feuded with President Trump and made a series of controversial statements, including about Israel, that have drawn rebukes and accusations of anti-Semitism.

Ahead of the Aug. 11 Democratic primary, Omar is facing a strong challenge from attorney Antone Melton-Meaux, who has raised more money and accused her of focusing on her national profile rather than her constituents.

Omar has brushed off claims that she has ignored her constitutents: “I show up not only in the district, but in Congress to fight for us, for our progressive values, and that is the consistency in which I do my work."

Omar is also facing questions about payments made to her husband’s firm, which has reportedly received more than a million dollars from her campaign during the 2020 cycle. She was recently asked specifically about $600,000 that went to her husband’s firm in the first three weeks of July.

“I don't pay my husband. I pay the firm to do work and that [$600,000] really is an example of that work,” she said at a recent debate. "It was the first time we placed a TV ad, which is surprising to me because that's not something we're used to in the 5th, and that money went to place that ad and to make sure we have digital ads, to make sure we have literature that's being sent to our constituents, because it is get-out-the-vote efforts for us.”

Melton-Meaux is facing questions of his own. WCCO reports that the Minnesota Democratic-Farmer-Labor (DFL) party recently filed a complaint alleging he illegally concealed the identities of his campaign consultants and some of his contributions.

He called it  "a desperate attempt by the DFL to resurrect Congresswoman Omar’s campaign that is falling apart."

Melton-Meaux has been boosted by an endorsement by the Minneapolis Star Tribune. The paper praised him for bringing a "different sensibility" aimed at "building common ground."

"Whether it’s health care, criminal justice or affordable housing, Melton-Meaux appears progressive, but pragmatic," the editorial board said. "While Omar wants to lead a movement, Melton-Meaux seeks to serve the Fifth District."

The editorial board also knocked Omar's "missteps," including her inflammatory comments about Israel and her campaign finance issues. 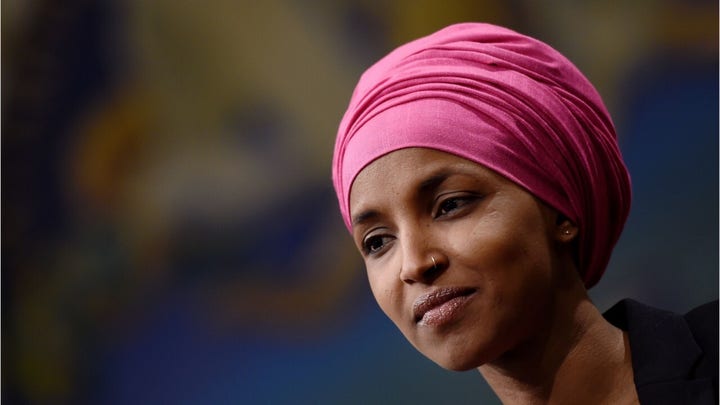 "It is just these kinds of ethical distractions that the Fifth District could do without," the Star Tribune continued. "In the Editorial Board interview, Omar took little responsibility for her rocky start, instead largely blaming her critics and saying her failing was perhaps in not realizing what a 'special unicorn' she would be in Congress."

Omar is still likely to prevail, however, particularly when considering how easily her Squad co-members have brushed off primary challenges. Additionally, a number of longstanding centrist Democrats have been beaten in recent primaries by more radical challengers.

Omar's campaign said in late July that internal polling showed she has a 37-point lead over Melton-Meaux.

In a live-streamed “day of action” Sunday, Rep.  Alexandria Ocasio-Cortez, D-NY, said it was unusual to have such a well-funded primary in a heavily blue district such as Omar’s. She said funders “usually like to get a bang for their buck” and typically contribute to races that have a chance of tipping a seat from one party to the other.

“So when we’re the ones that are attracting multimillion-dollar primary challengers in an unprecedented way, that just tells you how effective Ilhan is,” she said.

“And they’re coming for each and every one of us.”