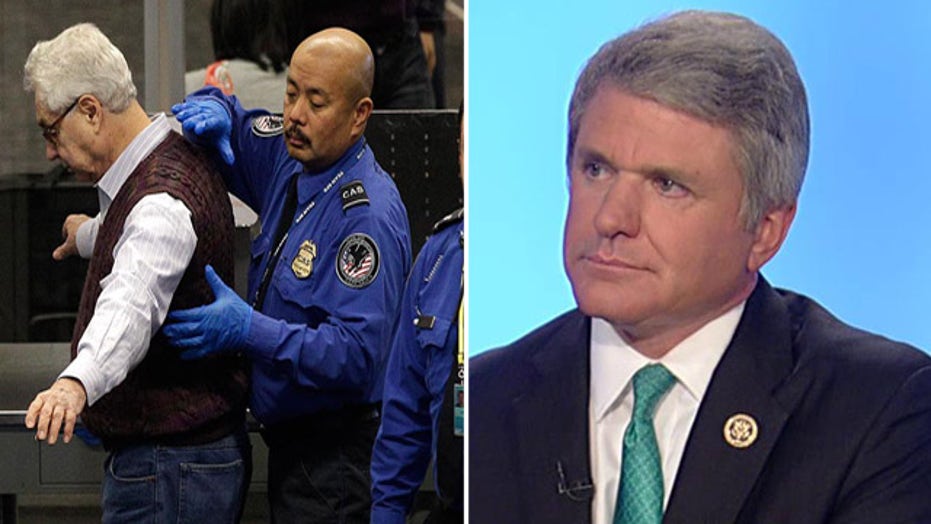 On the heels of Transportation Security Administration workers flunking a security test at airport checkpoints, the results of a new audit show that -- while the agency keeps a robust system for screening commercial airport workers -- it still failed to flag 73 airport workers "linked to terrorism."

Apparently, TSA does not have access to all the terror watchlist information it needs to make those judgments.

“The TSA did not identify these individuals through its vetting operations because it is not authorized to receive all terrorism-related categories under current interagency watch-listing policy,” the June 4 Inspector General report stated.

According to TSA data, the people in question were working for major airlines, airport venders and other employers.

The agency acknowledged that individuals in these categories “represented a potential transportation security threat,” according to the report.

To test the accuracy and effectiveness of TSA’s terrorism vetting procedures, the National Counterterrorism Center was asked to match more than 900,000 records of active aviation workers against its Terrorist Identities Datamart Environment database.

According to the report, the TSA had been unable to find 73 individuals "linked to terrorism" because the information the TSA received from the Department of Homeland Security Watchlist Service and used for vetting did not contain the terrorism "codes" associated with the 73 individuals. In other words, TSA did not have the entire terror watchlist.

Some parts of the IG report, including codes, were redacted.

Overall, the report concluded, the vetting and re-vetting procedures that TSA used were “generally effective” in identifying workers with links to terrorism. Since 2003, the agency has advised airports to deny or revoke 58 airport workers as a result of its vetting process for credential applicants and holders.

The TSA had “less effective controls” in place to ensure airports have a robust verification process for a credential applicant’s criminal history and authorization to work in the United States.

The report advised the TSA to “request and review additional watchlist data, require that airports improve verification of applicants’ right to work, revoke credentials when the right to work expires and improve the quality of vetting data.”

The IG investigation is just the latest in a series that have called out the TSA for massive security breaches at some of the country’s largest airports.

Acting TSA Administrator Melvin Carraway was re-assigned less than 24 hours after the report went public. The Senate homeland security committee plans to hold a hearing on the TSA security issue on Tuesday.

In an op-ed piece published Monday, Sen. Ben Sasse, R-Neb., wrote that last week’s full report should be made available to the public. Parts of it had been redacted.

“The publicly available facts are disturbing, but the classified details are even worse,” he wrote in USA Today. “Millions of families will soon fly to summer vacations, but if moms knew what members of Congress have learned behind closed doors, they would march on Washington demanding an urgent, top-to-bottom reevaluation of airport security.”

In the column, Sasse said the findings were troubling for passengers who rely on the TSA to prevent terrorist attacks.

“Until last week, Americans were led to believe that jihadi terrorists could never again weaponize commercial airliners. After last week, it is time to rethink that.”

Not mincing words, he wrote, “We are not safe. It is time to start effectively protecting U.S. flights from those hell-bent on killing us.”