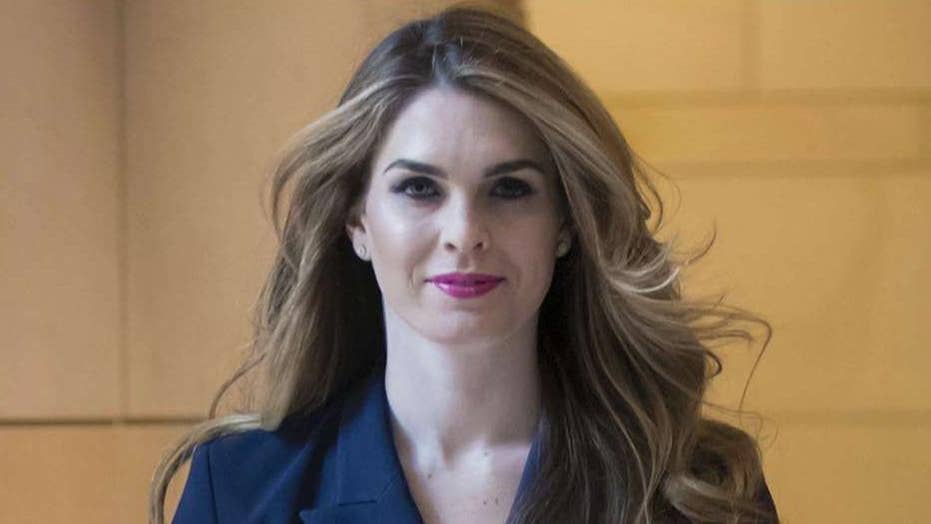 New York prosecutors have reportedly talked to several former members of the president's inner circle during their investigation into hush money payments paid to two women; Laura Ingle has the details on the Wall Street Journal report.

The Manhattan U.S. attorney’s office has gathered more evidence than previously known in its criminal investigation of hush payments to two women who alleged affairs with Donald Trump, including from members of the president’s inner circle.

They also spoke to Keith Schiller, Mr. Trump’s former security chief. Investigators learned of calls between Mr. Schiller and David Pecker, chief executive of the National Enquirer’s publisher, which has admitted it paid $150,000 to a former Playboy model on Mr. Trump’s behalf to keep her story under wraps.

In addition, investigators possess a recorded phone conversation between Mr. Trump’s former lawyer Michael Cohen and a lawyer who represented the two women.

The prosecutors’ campaign-finance investigation is based on the theory that the secret payments to keep women quiet were illegal contributions, because they were intended to influence the election. New details of the investigation—gleaned from interviews with 20 people familiar with the probe and from nearly 1,000 pages of court documents—show prosecutors had gathered information about Mr. Trump’s alleged involvement in the payments weeks before Mr. Cohen asserted it in open court.