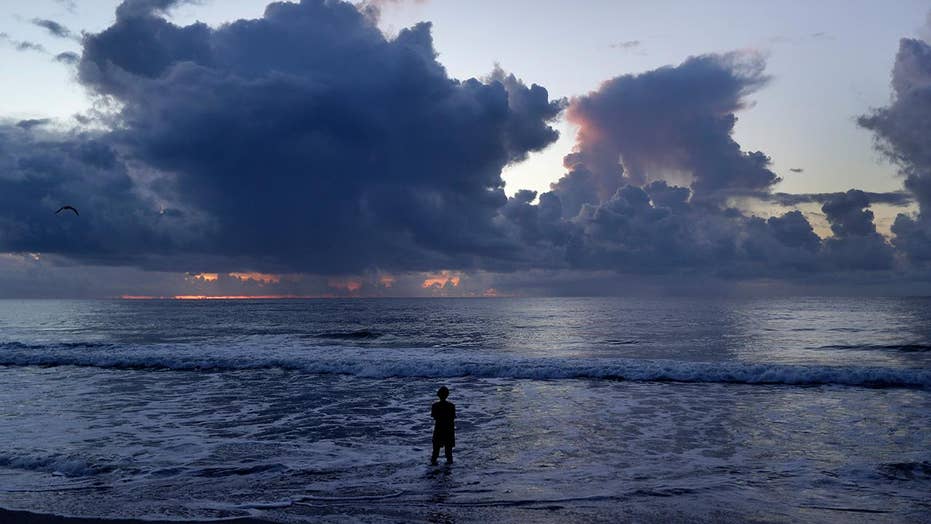 Wilmington, North Carolina mayor warns residents to 'hunker down' ahead of Florence's landfall.

The editorial board of the Washington Post has declared that President Trump is “complicit” for Hurricane Florence because of his views on climate change.

The massive storm has not made landfall yet, but the Post published a column on Wednesday headlined, “Another hurricane is about to batter our coast. Trump is complicit.”

The piece also notes that Trump has given “good advice” when issuing hurricane warnings via his Twitter feed before it launched an attack on the president.

“When it comes to extreme weather, Mr. Trump is complicit. He plays down humans’ role in increasing the risks, and he continues to dismantle efforts to address those risks. It is hard to attribute any single weather event to climate change. But there is no reasonable doubt that humans are priming the Earth’s systems to produce disasters,” the editorial board wrote.

Billionaire Jeff Bezos’ paper then quotes a climate researcher who said that previous hurricanes would not have produced so much rain without “human-induced climate change” and Florence is another indication of global warming.

“With depressingly ironic timing, the Trump administration announced Tuesday a plan to roll back federal rules on methane, a potent greenhouse gas that is the main component in natural gas. Drillers and transporters of the fuel were supposed to be more careful about letting it waft into the atmosphere, which is nothing more than rank resource waste that also harms the environment,” the Post’s editorial board wrote. “The Trump administration has now attacked all three pillars of President Barack Obama’s climate-change plan.”

The piece concluded: “The president has cemented the GOP’s legacy as one of reaction and reality denial. Sadly, few in his party appear to care.”

Conservative strategist Chris Barron told Fox News that the mainstream media ‘finds new ways to embarrass themselves and further erode Americans confidence in them” on a daily basis.

“The media won’t give Trump credit for the economy but they will blame him for a hurricane. You can’t make this stuff up.”

“This column is so absurd it should be coming from The Onion not the Washington Post. To the extent that climate change is happening, it is a global phenomenon that has been occurring for decades and decades,” Barron said. “The media won’t give Trump credit for the economy but they will blame him for a hurricane. You can’t make this stuff up.”

The Category 4 hurricane remains strong as it continues its approach to the U.S. Mid-Atlantic region with maximum sustained winds of 130 mph, the National Hurricane Center said in its 8 a.m. advisory. Florence was 530 miles south east of Cape Fear, North Carolina and moving west northwest at 17 mph.

According to Fox News Senior Meteorologist Janice Dean, Florence could stall upon reaching the Carolina coast and make a slight shift south once it makes landfall, becoming a “major flooding event.”

“Hurricane Florence will likely be another tragedy that will affect millions of Americans and it's disgusting when folks in the media will try to exploit it to attack the president."

In addition to the hurricane-strength winds blowing ashore Friday, Florence has the potential to bring a storm surge upwards of six feet in parts of the coastline, including up to 13 feet from Cape Fear north to Cape Lookout.

“Hurricane Florence will likely be another tragedy that will affect millions of Americans and it's disgusting when folks in the media will try to exploit it to attack the president,” Mediaite columnist Joseph Wulfsohn told Fox News.

“Hurricane Florence is looking bigger than anticipated,” Trump tweeted. “It will be arriving soon. FEMA, First Responders and Law Enforcement are supplied and ready. Be safe!”

Trump also released a video urging residents in affected areas to “get out of its way."

On Tuesday, the Washington Post published a different anti-Trump piece by MSNBC anchor Joe Scarborough, who wrote that “Trump is harming the dream of America more than any foreign adversary ever could.”

The “Morning Joe” namesake was criticized for tweeting that “Trump is damaging the dream of America more than any terrorist attack ever could” to promote the column, which was published on the 17th anniversary of the Sept. 11, 2001, attacks, which killed nearly 3,000 people.