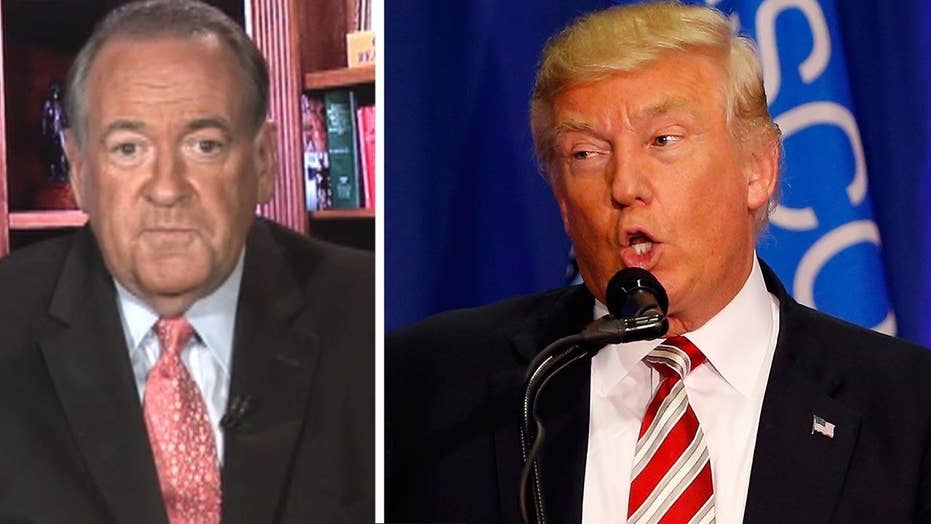 Huckabee to Trump: Pivot away from the attacks

On 'The Kelly File,' former Republican presidential candidate says the nominee should focus on why Clinton is unfit to be president

Former presidential candidate and Arkansas Gov. Mike Huckabee said Monday on "The Kelly File" that Republican presidential nominee Donald Trump should resist calls to shift his messaging in the final weeks of the campaign.

"I think Trump's gotta be Trump," he told Megyn Kelly.

In the wake of the New York Times report containing an IRS filing that showed Trump used the U.S. tax code to take a nearly $1 billion  operating loss in 1995 and may not have had to pay federal taxes for 18 years, Huckabee said that Trump's supporters "don't care what the media says."

"When they walk into that voting booth they think Donald Trump is a guy who will march into hell with a water pistol," Huckabee said.

The former governor said that Trump has gotten to where is now "by being the most disruptive candidate we've ever seen."

"When he says certain things it gets under the skin of the media, liberals, and the Republican establishment," he said.