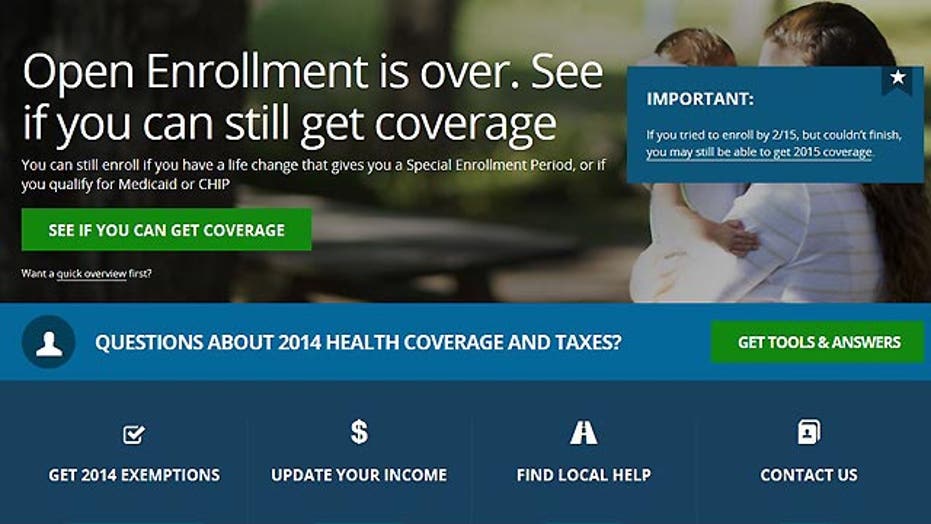 Obama administration revealed it sent about 800,000 HealthCare.gov customers tax forms containing the wrong information, and asked them to hold off on filing their 2014 tax returns

ObamaCare customers who received health insurance subsidies last year are getting an unpleasant surprise this tax season -- with many finding they have to repay hundreds of dollars.

An analysis by tax-preparer H&R Block found that to date, 52 percent of those who enrolled in Affordable Care Act coverage are paying back part of their premium tax credits.

On average, they're paying back $530, reducing the average refund by 17 percent.

"The level of payback of the Advance Premium Tax Credit is significant in that it's costing taxpayers a large percentage of their refund -- a refund many of them count on to pay household expenses," Mark Ciaramitaro, vice president of H&R Block health care and tax services, said in a statement.

According to the analysis, the reason so many taxpayers owe the federal government ObamaCare money is because they underestimated their 2014 incomes (by relying on old incomes). The higher incomes mean they're entitled to a smaller subsidy amount, and they now have to pay back the difference.

The high payback levels mark the latest hang-up for ACA customers this tax season. On Friday, the Obama administration admitted it sent erroneous tax forms to 800,000 people, and urged the recipients to hold off on filing their returns until corrected versions were sent out. (Those who already filed were given a reprieve.)

That mistake led to Republican complaints that the administration was effectively delaying refunds for thousands of Americans.

The H&R Block report confirmed that many people will also see refunds reduced over the subsidy confusion. According to the analysis, the average tax refund this season has been around $3,100 -- and would be reduced by $530 for those owing subsidy money.

On the other side, the analysis found a third of enrollees will actually get more money because they overestimated their income. On average, those getting additional tax credit money will get $365.

H&R Block reports that most clients are answering truthfully as to whether they had coverage in 2014, as required by the law. Those who didn't have coverage are paying an average $172 penalty.