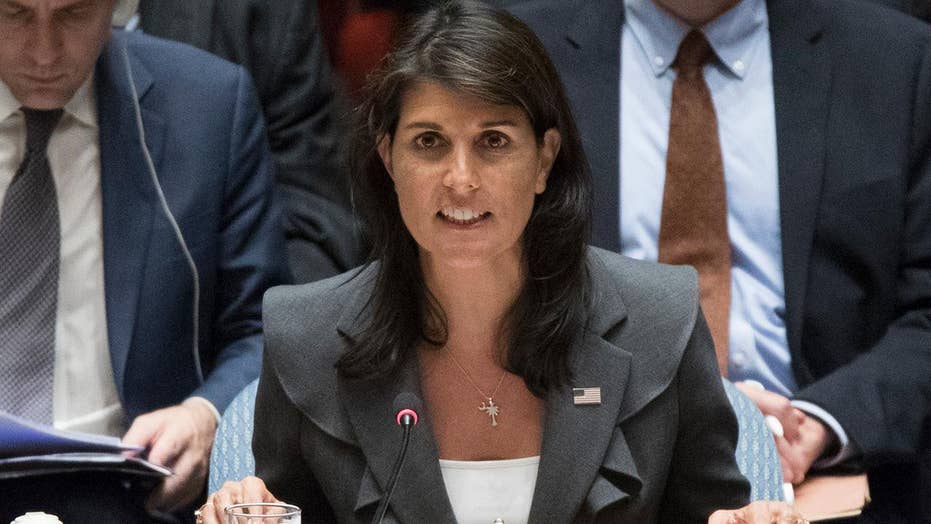 How Nikki Haley helped get North Korea to negotiating table

Spotlight on U.S. ambassador to the U.N.'s tough words and actions on the world stage.

Nevertheless, her implementation of the president’s North Korea policy at the United Nations Security Council in getting all 15 members of the Council, decisively both China and Russia, to deliver crippling sanctions has, in part, made Tuesday’s summit a reality.

One U.S. official who was directly involved in the sanctions negotiations told Fox News that in 2016 there was a sea change in how the Obama administration viewed the threat. Following nuclear tests by Pyongyang that year, the Obama administration prioritized sanctions on North Korea, and so began ramping up sanctions both at the U.N. and domestically. The official said this established a framework on imposing more comprehensive economic sanctions on the Asian nation.

According to the U.S. official who spoke on background to Fox News, the subject became more targeted once Trump came into office. An instrumental part of the maximum pressure campaign was to be implemented at the U.N. and was skillfully put into practice by Haley, especially in her negotiations with historic U.S. foes and Council allies China and Russia.

“Ambassador Haley’s diplomacy behind the scenes, in particular with the Chinese ambassador here, as well as the Russian ambassador, made it very, very clear that we were not kidding around,” the official said. “We were literally just one more provocation away from some kind of a military action that would bring great harm to the entire region, and that the threat we perceived from North Korea’s development was no longer theoretical by any means.” 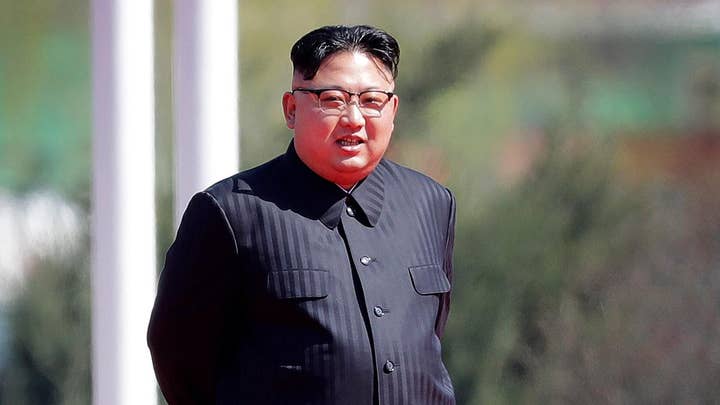 Following North Korea’s test of an intercontinental ballistic missile that the North Koreans said could reach the heart of the United States, the U.S. official starkly noted, “We felt that our cities could not be vulnerable to a nuclear attack by North Korea, and that was absolutely unacceptable.”

The U.S. official added that America “would take drastic action even with great consequences and sacrifices if we needed to do so in order to avoid what would be a catastrophic outcome for the United States and the world.”

The official said, “It was very unprecedented in my view. I have been in government for maybe 13 or 14 years, and never seen anything like this so singularly focused on bringing down a country economically to get them to the negotiating table.”

Getting all 15 members of the Security Council was a major achievement, and in March, then National Security Advisor H.R. McMaster briefed members of the Council at the U.S. Mission alongside Haley, where both praised the Council for its support in delivering the sanctions.

McMaster relayed Trump’s thanks to the Security Council for getting sanctions passed. The US official gave special praise to close allies UK and France.

Asked on the effectiveness of Haley’s role in the sanctions regime on North Korea, the French Permanent Representative to the UN, Ambassador François Delattre, told Fox News that, “Nikki Haley deserves much credit indeed for bringing the Security Council together on the three sets of sanctions on DPRK that were approved last year.”

Russia’s U.N. Ambassador Vasily Nebenzia also asked by Fox News about the effectiveness of the role played by Haley in leading the Security Council resolutions on North Korea: he noted that he was very hopeful on the summit but was not ready to give her full credit. 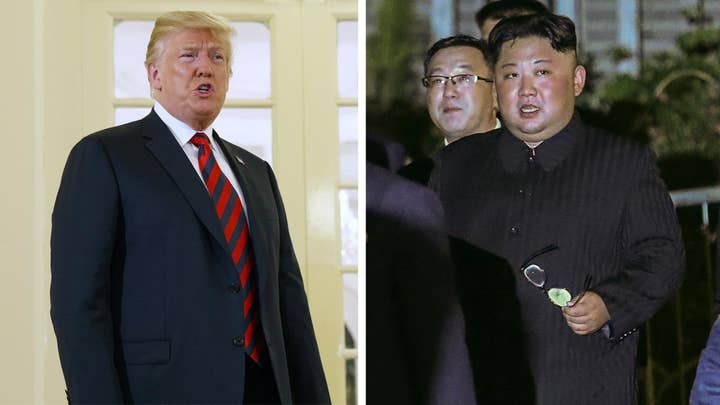 Nebenzia said, “Sanctions against North Korea is a collective effort of all Security Council members.”

Jonathan Wachtel, a former director of communications at the U.S. Mission to the U.N., and spokesman for Haley, and was on hand for two of the resolutions passed in 2017.

He told Fox News that while the Obama administration managed to get China and Russia to agree to new sanctions in 2016, it was the U.S. Mission led by Ambassador Haley, “that pushed for even tougher sanctions on the rogue regime.”

Wachtel said that in refusing “to accept the obstructionist position of her recalcitrant Russian and Chinese counterparts, Ambassador Haley made it clear that the U.S. was prepared to end the North Korean threat on its own if necessary. Team Haley’s tough diplomatic talk with Beijing and Moscow forced a shift in their position, which paved a way for maximum economic pressure on Pyongyang.”

Another former U.S. U.N. official, Hugh Dugan, who is now a professor at Seton Hall University’s School of Diplomacy and International Relations, told Fox News that, “The efficiency of the Security Council in coming to outcomes depends upon the distribution of power among its members, particularly the U.S., Russia, and China; perceptions of each other’s power play a strong role at that poker table. “

He said, “Compared to previous U.S. presidents, Trump’s worldview has engendered much more second-guessing by others of U.S. action. In turn, this has dealt to Ambassador Haley a wider range of hands to play. But the poker face and the bluff were all hers.”