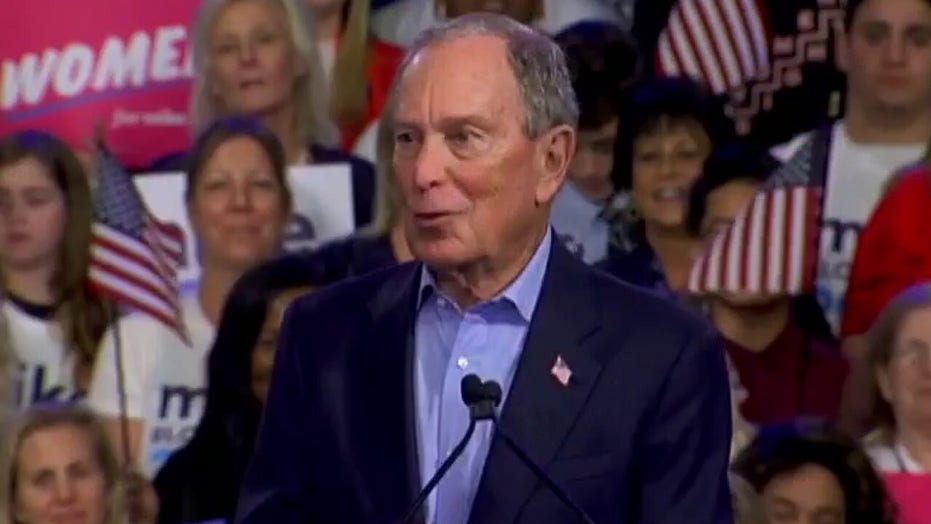 'The Five' react to claims Bloomberg is buying votes for Biden

A recent projection for the 2020 presidential election shows the unlikely, but not entirely impossible scenario, in which both Donald Trump and Joe Biden could end up with 269 electoral votes, falling short of the required majority to take the White House.

An analysis released Tuesday by the Washington lobbying firm Mehlman Castagnetti Rosen & Thomas shows 64 possible combinations of Electoral College outcomes that would result in a 269-269 tie.

The firm included a map showing the different possibilities of swing states voting either Republican or Democrat. It noted that a “269-269” tie in the Electoral College would be “the most ‘2020’ outcome imaginable.”

Presidential candidates must win at least 270 out 538 total electoral votes to win the election. In the scenario where neither receives a majority, the presidential election would be decided by the House of Representatives, with each state delegation having one vote to break the tie. A majority of states – 26 or more – would be required to win.

Despite Democrats holding a majority in the House, a potential tie scenario would likely favor Republicans given that they control 26 delegations. Swing states, like Pennsylvania, which has an equal number of Democratic and Republican representatives, would likely deadlock and not cast a vote.