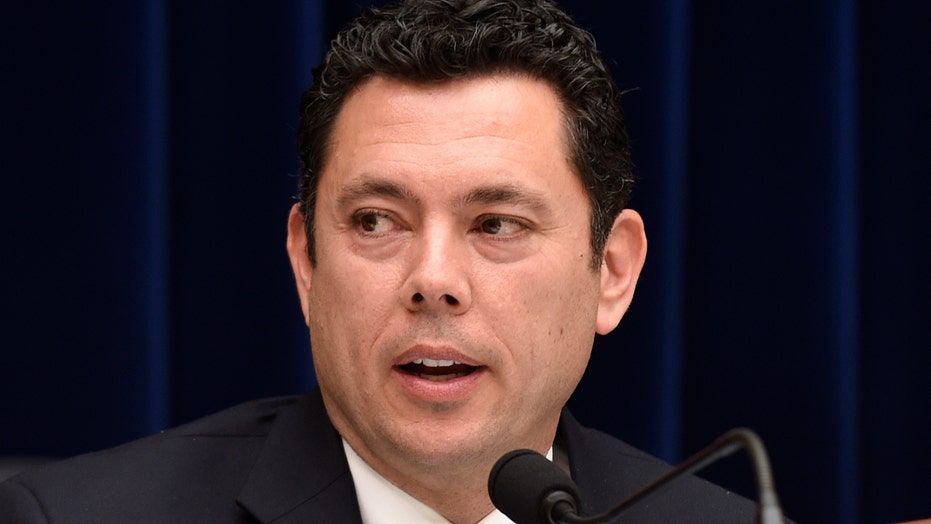 Chaffetz lays out contempt of Congress case against Pagliano

Raw video: House Committee on Oversight and Government Reform chairman describes why former Clinton aide should be punished for not appearing before his committee

The House oversight committee voted Thursday to recommend holding the former State Department IT specialist who set up Hillary Clinton’s private server in contempt of Congress, after he again ignored a subpoena to appear before the panel.

The resolution to hold Bryan Pagliano in contempt goes next to the full House, which would ultimately decide whether to hold the controversial figure in the Clinton email case in contempt.

“Subpoenas are not optional,” committee Chairman Jason Chaffetz, R-Utah, said. “This committee cannot operate, it cannot perform its duty … if subpoenas are ignored.”

Chaffetz swiftly moved to consider the contempt resolution after issuing a subpoena for Pagliano to appear Thursday, following a no-show earlier this month. He said the committee was “left with no choice” when Pagliano skipped again.

It’s unclear when and whether the full House would vote on the measure, which cleared the committee on a 19-15 vote.

Majority Republicans, though, were accused of partisanship by Democrats and Pagliano’s attorneys.

“This is nothing but a blatantly partisan Republican attack” on Clinton, said Rep. Elijah Cummings, D-Md., the top Democrat on the committee.

He read a letter from Pagliano’s legal counsel reiterating that Pagliano plans to continue to assert his Fifth Amendment rights not to answer questions. Further, the letter said the subpoena serves no valid legislative purpose and is for a political agenda, according to Cummings.

The move comes after Pagliano earlier ignored a subpoena to appear before the same committee on Sept. 13. Other tech experts who helped maintain the system did attend the hearing but asserted their Fifth Amendment right not to testify.

At the time, Chaffetz vowed the committee would pursue a “full range of options” to address Pagliano’s “failure” to attend.

Pagliano is considered a vital witness in the Clinton email case. He spoke previously to the FBI under immunity, telling the bureau there were no successful security breaches of the server.

On Thursday, Chaffetz noted that Pagliano was brought in in 2009 to help set up Clinton’s server at her New York home. Further, he said the State Department has only been able to find a handful of his emails.

“We have questions about this,” he said.

Pagliano also refused to answer questions last year before a House panel investigating the deadly 2012 attacks in Benghazi, Libya. His lawyers said at the time that Pagliano did not want to relinquish his rights under the U.S. Constitution's Fifth Amendment against self-incrimination.

Pagliano’s lawyer earlier said the committee’s request was an “abuse of process.”

Chaffetz, though, rejected the argument that Pagliano does not need to appear before his committee because he already took the Fifth before the Benghazi committee. Chaffetz noted he has questions that fall outside the purview of the Benghazi panel.

Even if the House votes to hold Pagliano in contempt, it would be up to the Justice Department to decide whether to pursue charges – meaning the contempt bid could start and end at the House.