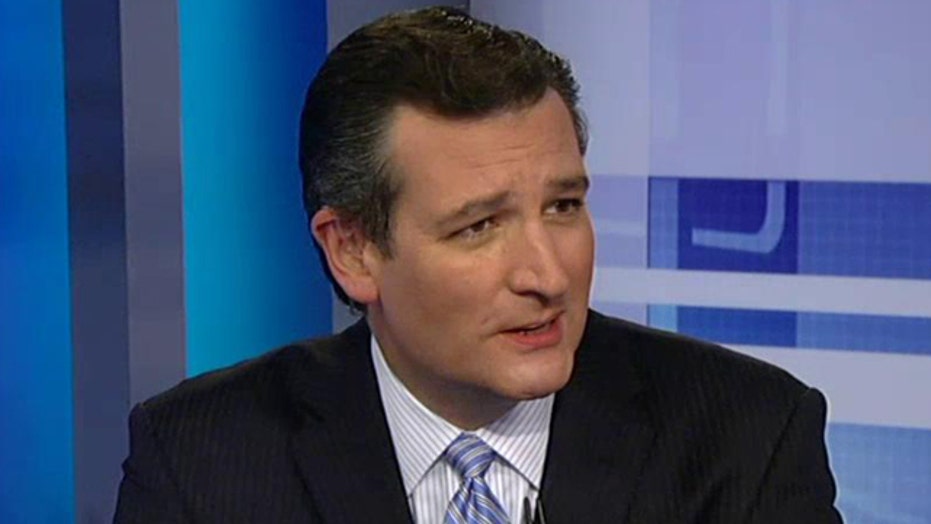 Congress once again is scrambling at the 11th hour to strike a compromise on urgent legislation as the House and Senate clash over how to address the border crisis.

House Republicans have teed up a series of votes today on the matter, while the Senate is waiting and watching. The House and Senate have modified the White House's emergency $3.7 billion spending bill request in starkly different ways -- but leadership in neither chamber has shown any signs of giving in, with a five-week recess about to begin.

At issue is not only the overall dollar amount -- the Senate bill, authored by Appropriations Chairwoman Barbara Mikulski, would authorize $2.7 billion while the House version calls for just a fraction of that, at $659 million -- but also the scope of the bill. While Mikulski insists on a "clean" supplemental with no policy riders, Republicans are holding firm that any border funding bill include changes to a 2008 law that would require the government to treat illegal immigrants apprehended at the border the same, regardless of country of origin.

While the Senate remains in stasis, House Republicans are voting on their version of the supplemental Thursday. In addition to offering just a slice of the aid the administration sought -- along with the policy changes Democrats oppose -- another wrinkle is House Republicans' decision to exclude emergency funding to fight wildfires in the western states and assist Israel in shoring up its Iron Dome anti-missile system.

While House leaders are confident they can round up the votes to pass their version -- which the White House has said it opposes -- it doesn't go far enough for some conservative members, who wanted to see a provision that would halt the administration's deferred action program, under which so-called "dreamers" (illegal immigrants who came to the U.S. as children) are a low priority for deportation.

Sen. Ted Cruz, R-Texas, even held a meeting with a group of House colleagues Wednesday night to urge them to oppose the measure.

All sides do seem to agree that the federal government's struggle to process and house tens of thousands of unaccompanied minors is a crisis. But it's no longer clear whether Congress will even act, let alone how, particularly with August recess about to begin.

"My constituents back home don't understand why in the world we would leave without fixing this problem, without addressing this humanitarian crisis," said Sen. John Cornyn, R-Texas, an advocate of tweaking the 2008 law. "If we don't do anything to deal with the causes or deal with a remedy for this growing humanitarian crisis, it's going to get worse."

While 11 Republican senators helped the Mikulski bill meet a key procedural hurdle, enough of them -- including at least one Democrat -- said they would filibuster final passage if the measure is not amended. Senate Majority Leader Harry Reid is under intense pressure to shield vulnerable red-state Democratic senators from tough votes so allowing a vote on either the Cornyn proposal or comprehensive immigration reform - as Reid has publicly pondered - could be unpalatable to his caucus.

On the other hand, blocking amendments is sure to sink the bill. As one Republican aide put it: "If there are no changes to the blank check bill, it will not pass."

Beyond the policy differences, the border supplemental is complicated by the fact there is no date certain by which Congress must act, if it acts. Officials from the Department of Homeland Security have warned that funds will run dry as early as August, forcing the agency to radically reprogram money to pay for beds and additional judges to tackle the influx of illegal immigrants.

''We cannot turn our backs on these children,'' Mikulski said earlier this month, urging her colleagues to keep a narrow focus. ''We don't want a backdoor version of bad immigration reform... This bill is only a money bill. It does not include immigration legislation.''

With the House and the Senate dug in, the fate of the border bill appears less hopeful than past Hill showdowns, such as the fiscal cliff, when lawmakers faced a finite deadline and came together in the dark of night to strike a deal. But it's worth noting that Congress hasn't been all dysfunction this week; while it may be of little solace to immigration advocates, the chambers came together on a bipartisan Veterans Affairs reform bill that is expected to pass easily before the clock winds down.