House Minority Whip Steny Hoyer was in the hospital on Wednesday after getting a pneumonia diagnosis a day earlier, and was expected to make a full recovery.

The Maryland Democrat, 79, was admitted to George Washington University Hospital on Tuesday with pneumococcal pneumonia, his office said in a statement.

“He is being treated with antibiotics and resting, and is expected to make a full recovery quickly, spokeswoman Katie Grant said. “He looks forward to being back at work very soon.”

Politico, which first reported Hoyer’s illness, reported that Hoyer’s diagnosis came on the back of an extensive weekend campaigning in Wisconsin and Illinois, as well as a number of policy events including a visit to a community health center in Chicago. 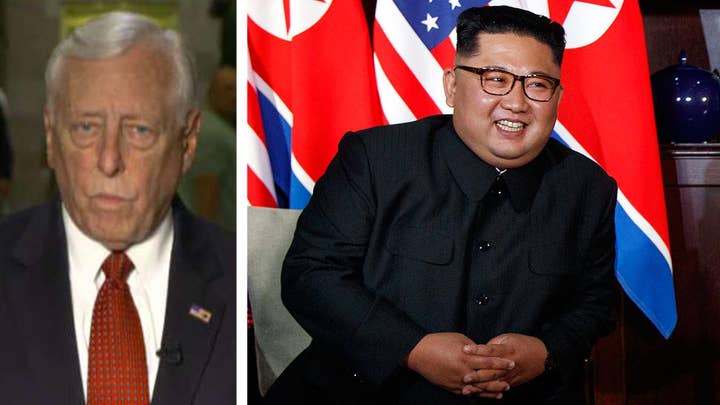 On Monday, he was part of a roundtable discussion with public service union leaders and members following a Supreme Court ruling that government workers can’t be forced to pay union fees for collective bargaining.