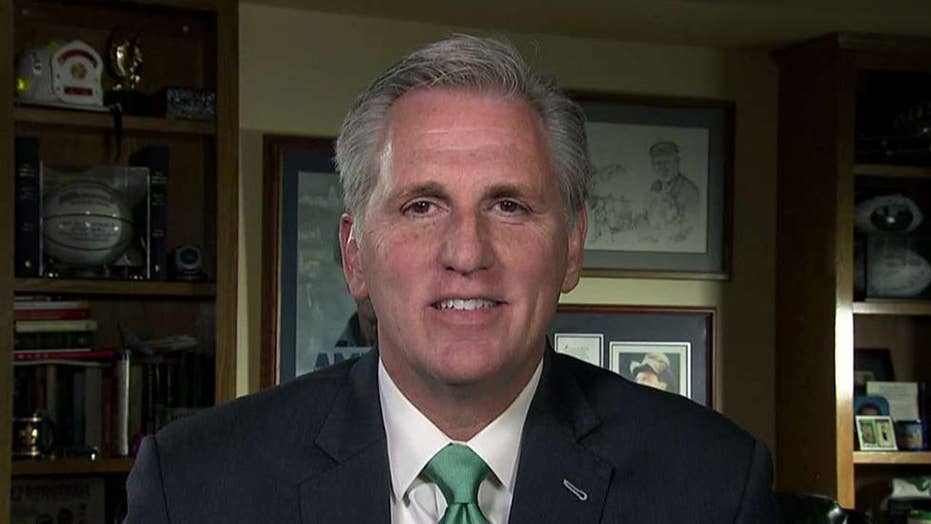 Fired FBI official Andrew McCabe has given Mueller memos about Trump; House Majority Leader Kevin McCarthy responds to the decision to fire McCabe on 'Justice with Judge Jeanine,' as well as his push for a second special counsel.

House Majority Leader Kevin McCarthy and House Majority Whip Steve Scalise have joined the House Republicans calling for a special second counsel to investigate the Department of Justice and FBI’s actions related to the Hillary Clinton and Trump-Russia probes.

“I agree with the many others who have called for the appointment of an additional special counsel,” Scalise said in a statement.

During an interview on Fox News’ "Justice With Judge Jeanine" on Saturday, McCarthy said “we need a second special counsel.”

“We need somebody to look at this, and not from the inside, because you can't trust what's happening right now,” McCarthy said.

In his statement, Scalise referenced the infamous, unverified anti-Trump dossier that was written by former British MI6 agent Christopher Steele, funded by Democrats and used by the FBI to obtain a warrant from the FISA court to spy on Trump adviser Carter Page. 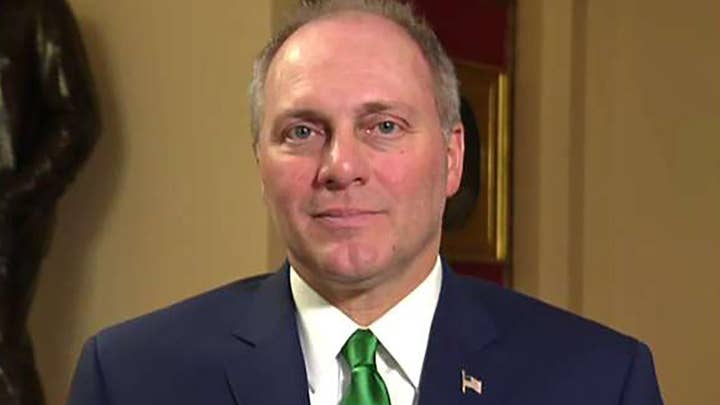 Scalise said a second special counsel -- unlike Special Counsel Robert Mueller -- should have the "authority to look into the potential abuses of the FISA system that allowed the Democrat-funded Steele Dossier to serve as the basis for the initial FBI investigation."

On Tuesday, New York GOP Rep. Lee Zeldin, who is among the House Republicans calling for a second special counsel, celebrated McCarthy and Scalise’s comments as “huge news.”

House Speaker Paul Ryan has not joined the calls.

Last month, 13 House Republicans wrote a letter to Sessions saying the appointment of another special counsel was “of the utmost importance.”

“As you know, evidence has come to light that raises serious concerns about decisions and activities by leadership at the highest levels of the Department of Justice and Federal Bureau of Investigation regarding how and why the Clinton probe ended and how and why the Trump-Russia probe began,” the letter stated.

After that, House Judiciary Committee Chairman Bob Goodlatte and Rep. Trey Gowdy also announced support for the appointment of a special counsel to investigate “conflicts of interest” and decisions “made and not made” by current and former Justice Department officials in 2016 and 2017.

Earlier this month, Sessions was asked about the calls for a second special counsel, and told Fox News’ Shannon Bream: “I will consider the request.”