Future of the Iran nuclear deal

A resolution co-signed by more than 100 House lawmakers from both parties, and supporting a democratic, secular Iran and condemning the regime’s terror plots, was introduced Thursday.

The move came a week after an Iranian diplomat was jailed for a bomb plot in Paris.

The resolution condemns past and present Iranian-sponsored terrorist attacks against U.S. citizens and Iranian dissidents and calls on the government to work with European allies to "hold Iran accountable for breaching diplomatic privileges" and to call on other countries to stop its "malign activities."

It also says the House "stands with the people of Iran" in their struggle against the regime and "recognizes the rights of the Iranian people and their struggle to establish a democratic, secular and nonnuclear Republic of Iran."

The resolution, led by Reps. Tom McClintock, R-Calif., and Brad Sherman, D-Calif., has 112 co-sponsors. It comes a week after a Vienna-based diplomat was convicted and sentenced in Belgium for masterminding a bomb plot against a top dissident group, the National Council of Resistance of Iran (NCRI) in Paris. Three other defendants were also found guilty. 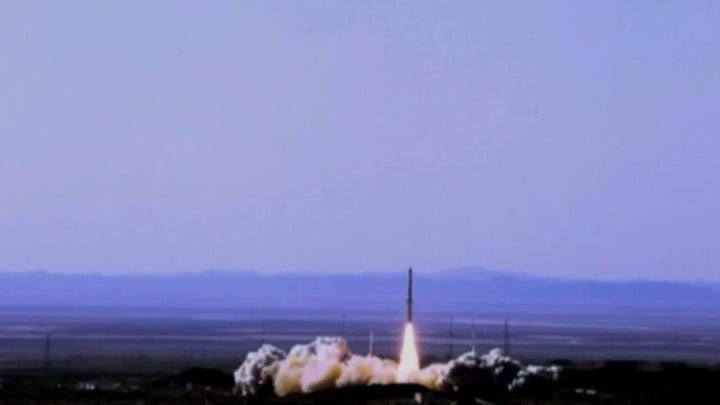 Prosecutors alleged that the plot originated from the highest levels of the Iranian government. Iran repeatedly has denied responsibility for the plot and the diplomat has denied the charges.

The resolution highlights the plot, as well as the Iranian regime’s alleged use of embassies to plan attacks on dissidents in Europe. It notes also the expulsion of the Iranian ambassador by the government of Albania -- calling it a "positive and important step."

It also notes the struggle of the Iranian people in the country itself, highlighting protests in Nov. 2019 and the execution of a wrestling champion in September. The NCRI has pushed for a democratic, secular Iran and the resolution notes the 10-point plan put forward by its president-elect.

IRANIAN RESISTANCE LEADER SAYS REGIME 'AT ITS WEAKEST POINT,' URGEST BIDEN TO HOLD IT TO ACCOUNT

The Trump administration had taken a "maximum pressure" policy toward Iran -- pulling out of the 2015 Iran nuclear deal and reimposing waves of sanctions on Iran, as well as taking out top general Qassem Soleimani in a strike last year.

The Biden administration has pledged to reenter the 2015 deal and Iran has expressed hope that Washington will pull back sanctions imposed by the prior administration.

In a letter to President Biden notifying him of the resolution, McClintock and Sherman said the United States "must remain firm in holding the Iranian government accountable for its nuclear and other destabilizing activities in the region; such as, its support for terrorism, development of ballistic missiles, and human rights violations."

"With the introduction of this resolution, a bipartisan coalition of members of Congress encourages all efforts to recognize the rights of the Iranian people and their struggle to establish a democratic, secular and non-nuclear republican of Iran while holding the ruling regime accountable for its destructive behavior," they write.