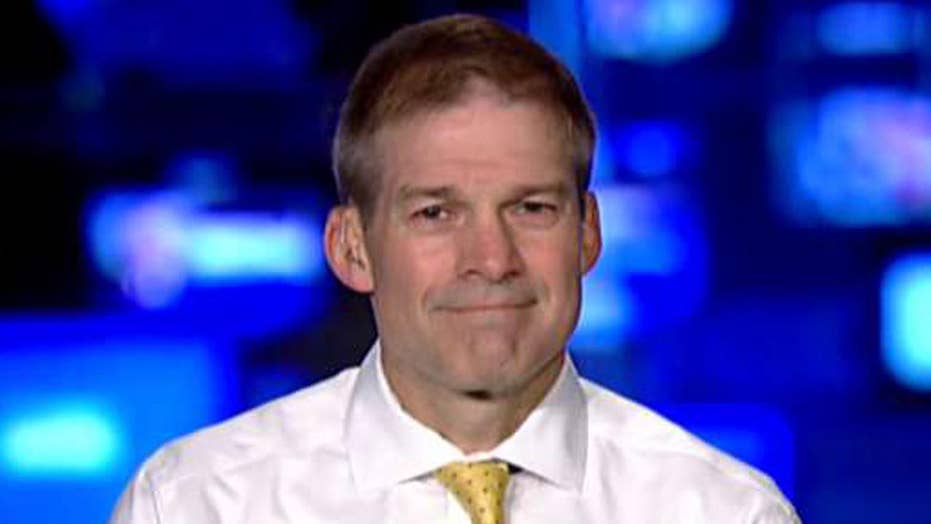 House conservatives launched a new effort Friday to force an ObamaCare repeal vote on the floor, amid frustration over stalled legislation in the Senate.

The House Freedom Caucus wants to revive an earlier bill to simply repeal the Affordable Care Act, leaving negotiations over a replacement for a later time. They filed a petition Friday calling for a vote that would not take effect until January 2019.

“I would like to prove that the House can do what we said,” Rep. Jim Jordan, R-Ohio, told “Fox & Friends.”

The move comes as President Trump is openly pressuring Senate Majority Leader Mitch McConnell to try once more on an ObamaCare repeal bill after legislation was narrowly defeated last month. The maneuvers on the House side are, likewise, a long shot.

To force a House vote, conservatives need the signatures of 218 lawmakers, a majority, on what’s known as a “discharge petition.” That seems an uphill task because many GOP moderates oppose annulling Obama's law without a replacement they'd support, and all Democrats are opposed.

Even if they succeeded in getting the signatures, the House would still have to vote on the measure. Further, it is the Senate – not the House – that has been unable to pass ObamaCare repeal legislation, and it’s unclear whether another vote in the House would change that.

Jordan argued a successful vote on a “clean” repeal would prove the House has the support, suggesting it could give the push some momentum across Capitol Hill. Further, he said a vote to repeal the law in full could encourage both parties to eventually work together on a replacement.

“The way you get [a] bipartisan solution is first repeal it,” Jordan said.

The GOP-led Senate, though, turned down a similar repeal-only bill last month, and top House Republicans have little interest in refighting a health care battle they were relieved to put aside after their chamber approved separate legislation in May.

This week has also featured an extraordinary verbal barrage by Trump against McConnell, R-Ky., over the Senate crash of the health care drive.

After tweeting caustic criticisms of McConnell, Trump insinuated to reporters that McConnell should consider resigning if he can't push health care, tax and infrastructure legislation through his chamber. McConnell had said Trump had "excessive expectations" about how quickly Congress could pass complicated bills.