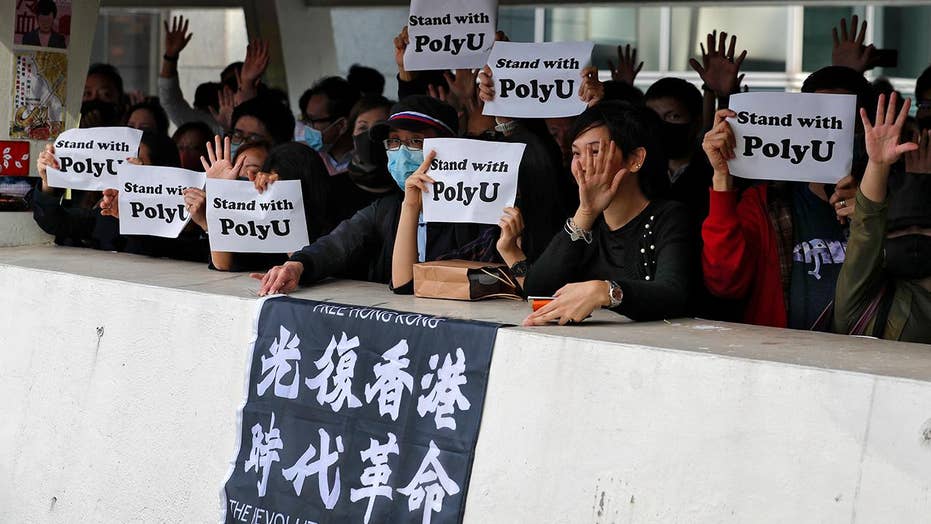 Pro-democracy protesters in Hong Kong cheered President Trump and members of Congress for passing two laws that support the months-long uprising that has crippled the city while Beijing's anger over the legislation was on full display, calling the move a "nakedly hegemonic act" before summoning the top American diplomat in the country in protest.

The protests in Hong Kong started in June in response to, in part, an extradition bill that would have sent alleged criminals to China to stand trial. The bill never went forward, but the protests remained and only grew in size and violence since June.

PROTEST LEADER SPEAKS OUT AGAINST BEIJING

Trump signed the bills, which were approved by near-unanimous consent in the House and Senate, even as he expressed some concerns about complicating the effort to work out a trade deal with China's President Xi Jinping.

Up until Wednesday's announcement, Trump did not indicate whether or not he would sign the bill. Secretary of  State Mike Pompeo refused to answer a reporter's question about the president's leanings as recent as Tuesday.

The Hong Kong Human Rights and Democracy Act, which was sponsored by Sen. Marco Rubio, R-Fla., requires that the U.S. conducts yearly reviews into Hong Kong’s autonomy from Beijing. If ever found unsatisfactory, the city's special status for U.S. trading could be tossed.

"I signed these bills out of respect for President Xi, China, and the people of Hong Kong," Trump said in a statement. "They are being enacted in the hope that Leaders and Representatives of China and Hong Kong will be able to amicably settle their differences leading to long term peace and prosperity for all."

The statement did little to calm Beijing. The Chinese foreign ministry said in a statement that the bill will only "strengthen the resolve of the Chinese people, including the Hong Kong people, and raise the sinister intentions and hegemonic nature of the U.S."

The statement continued, "The US side ignored facts, turned black to white, and blatantly gave encouragement to violent criminals who smashed and burned, harmed innocent city residents, trampled on the rule of law and endangered social order."

The statement, which was obtained by Reuters, said the U.S. plot "is doomed" and threatened vague "countermeasures." 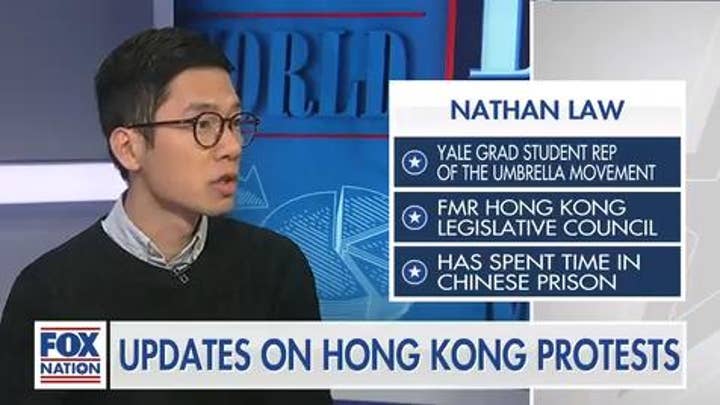 Carrie Lam's administration said it "strongly opposes and regrets" the laws, according to London’s Independent newspaper. Her office said "Democracy is alive and well" there and pointed to the recent elections that overwhelmingly favored antigovernment candidates.

Protesters, however, cheered the bill and, according to the New York Times, see the measure as a warning to Beijing and Hong Kong.

"I hope it can act as a warning to Hong Kong and Beijing officials, pro-Beijing people and the police," Nelson Lam, 32, told the Times. "I think if they know that what they do may lead to sanctions, then they will become restrained when dealing with protests. We just want our autonomy back. We are not their foe."