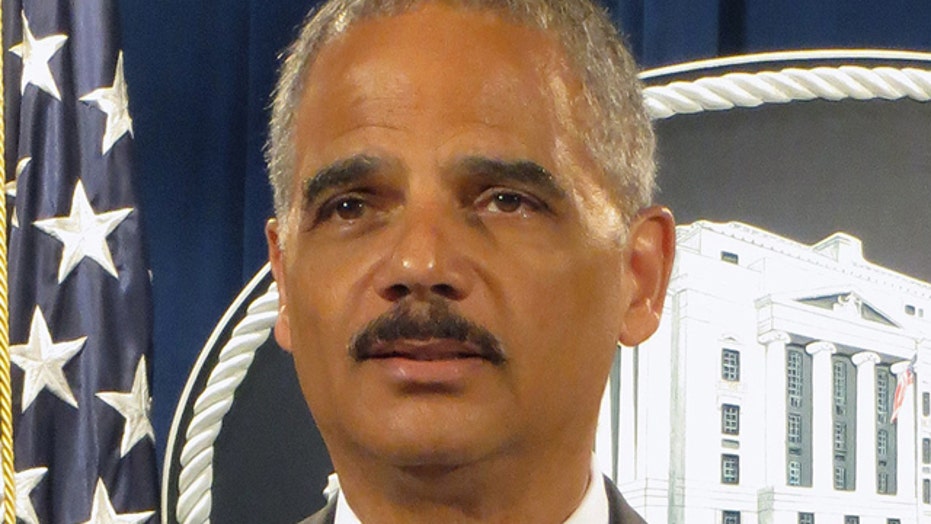 Attorney General Eric Holder said Thursday that his Justice Department is opening a criminal investigation into the brutal execution by Islamic State militants of American journalist James Foley, in the latest move by the administration to use the criminal justice system to pursue terrorists.

The announcement comes as the Obama administration steps up its airstrike campaign against the same militant organization -- and mulls additional American boots on the ground in Iraq.

Holder, during remarks in Washington, confirmed the "open criminal investigation" into Foley's beheading, which was recorded and posted online this week.

"Those who would perpetrate such acts need to understand something -- this Justice Department, this Department of Defense, this nation, we have long memories and our reach is very wide," Holder said. "We will not forget what happened, and people will be held accountable, one way or the other."

The remarks seemed to leave open the possibility of military action to seek justice in Foley's killing. The pursuit of a criminal probe, though, immediately raises questions about how investigators will be able to operate.

"This is more nonsense," Rep. Duncan Hunter, R-Calif., an Iraq war veteran, said in a statement to FoxNews.com. "What's most aggravating is that either in Foley's situation, or the other Americans in captivity, the Defense Department is being forced to take a backseat to the FBI and DOJ."

The administration also faced Republican criticism from some corners for pursuing a criminal investigation into the Benghazi terror attack in 2012. One suspect in that probe, Ahmed Abu Khatallah, was captured by U.S. forces in June and brought to the U.S. for a civilian court prosecution.

Holder has stood by the use of the American criminal justice system as a vehicle to try terrorists, pointing to past convictions in both the Bush and Obama administrations.

But U.S. investigators reportedly had trouble with access in the Libya probe -- an issue not likely to improve if they attempt to enter Syria, which is an active warzone, or even Iraq where large swaths of territory across the country's north are controlled by militants. Intelligence officials have said privately, before the Foley execution, that operating in both countries was extremely difficult.

Hunter said the U.S. military has a "deep network" that can "exceed whatever the FBI or DOJ can do."

FBI Director James Comey, though, reportedly said the "full force" of the government would be brought to the case.

"I'm very, very, sorry to say that these savages have turned it into a homicide investigation," Comey reportedly said in Denver.