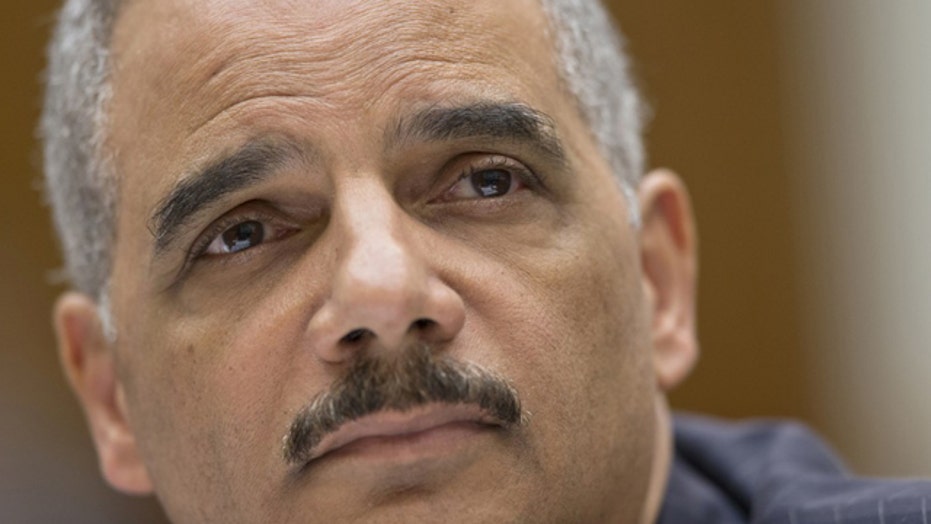 His handling of Operation Fast and Furious, race relations and prosecution of reporters made Holder a controversial figure

Attorney General Eric Holder is resigning after six years on the job as the nation's top law enforcement official.

The 63-year-old former judge and prosecutor is leaving after one of the most controversial tenures of any Obama Cabinet member. He frequently clashed with Republicans on Capitol Hill over everything from Operation Fast and Furious to civilian court prosecution of terrorists.

Here are some memorable moments from Holder’s six-year tenure:

July 13, 2014: Holder said on ABC’s “This Week with George Stephanopoulos” that “racial animus” fuels opposition to himself and President Obama.

“There’s a certain level of vehemence, it seems to me, that’s directed at me and directed at the president,” Holder said. “You know, people talking about taking their country back … There’s a certain racial component to this for some people. I don’t think this is the thing that is a main driver, but for some there’s a racial animus.”

April 8: Holder, during a hearing of the House Judiciary Committee, clashed with Rep. Louie Gohmert, telling the Texas Republican: “You don’t want to go there, buddy.” Holder’s comments were in response to Gohmert’s suggestion that the “contempt” resolution against him was not a major priority for the attorney general.

Gohmert had been challenging Holder on repeated requests the committee made for documents in the Justice Department’s case against the Holy Land Foundation, a designated terrorist group reportedly based in Texas.

Dec. 17, 2011: In an interview with The New York Times, Holder told the newspaper that an “extreme segment” of his critics are motivated by feelings toward President Obama, adding that he serves as the stand-in for the president.

“This is a way to get at the president because of the way I can be identified with him,” Holder told the newspaper, “both due to the nature of our relationship and, you know, the fact that we’re both African-American.”

Holder, however, acknowledged that most of the animosity could be attributed to ideological differences.

“I think that people, despite my law enforcement background, view me as taking these consistently progressive stands, and I think that, philosophically, there is a desire to get at that person,” Holder said. “But I think the stands I have taken are totally consistent with a person who is looking at things realistically, factually.”

March 1, 2011: Holder vociferously denied that the Department of Justice went easy on members of the New Black Panther Party in a voting rights case because they are, like him, African-American. Rep. John Culberson, R-Texas, accused the agency of failing to cooperate with a Civil Rights Commission probe into a 2008 incident outside a polling place in Philadelphia, where several Black Panthers stood outside wearing intimidating outfits and brandishing clubs. Holder shot back when Culberson suggested the incident was the most egregious act of voter intimidation he had ever witnessed.

"Think about that," Holder said. "When you compare what people endured in the South in the '60s to try to get the right to vote for African Americans, and to compare what people were subjected to there to what happened in Philadelphia — which was inappropriate, certainly that … to describe it in those terms I think does a great disservice to people who put their lives on the line, who risked all, for my people.”

Feb. 18, 2009: Holder said the United States remains a “nation of cowards” on race relations, suggesting workplaces are largely integrated but most Americans remain segregated in their private lives. Holder made the comments during a speech to Justice employees commemorating Black History Month.

"Though this nation has proudly thought of itself as an ethnic melting pot, in things racial we have always been and I believe continue to be, in too many ways, essentially a nation of cowards," Holder said. “ … We, as average Americans, simply do not talk enough with each other about race.”