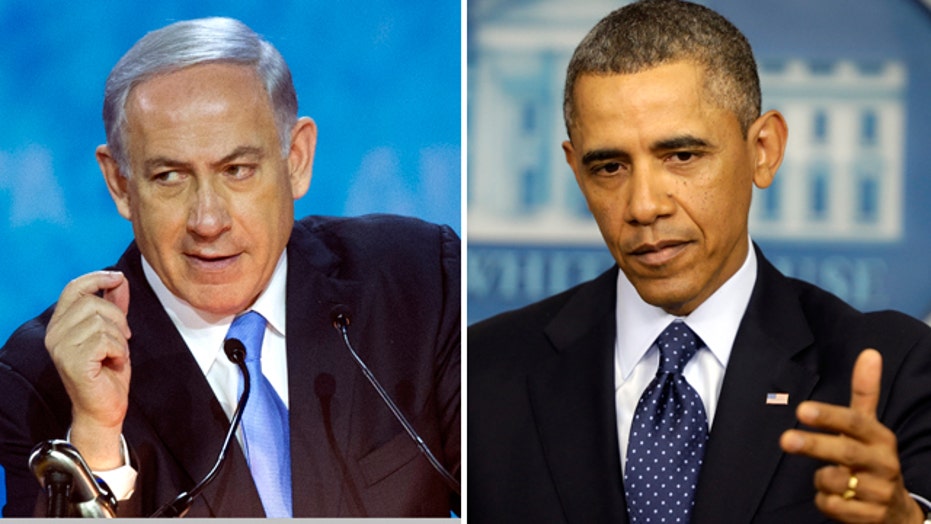 What can be done to thaw frosty WH relationship with Israel?

Tensions ahead of Netanyahu's speech before Congress

Here's a look back at past disagreements between the two administrations:

June 2009: In a speech in Cairo shortly after taking office, President Obama declares the U.S. "does not accept the legitimacy of continued Israeli settlements." He says the construction "violates previous agreements and undermines efforts to achieve peace. It is time for these settlements to stop."

September 2009: Repeating the message, Obama tells the United Nations General Assembly the U.S. "does not accept the legitimacy of continued Israeli settlements."

March 2010: During a visit by Vice President Biden to Israel, the government announces the construction of more settler housing around Jerusalem. The Obama administration is furious, with then-Secretary of State Hillary Clinton reportedly calling the move an "insult."

March 2010: During a visit by Netanyahu to Washington, Obama reportedly snubs the Israeli leader. The Telegraph reports that Obama gave his Israeli counterpart a list of 13 demands and when Netanyahu hesitated, Obama left the room and said he was going to have dinner with his family.

November 2011: In a hot mic incident, then-French President Nicolas Sarkozy can be heard telling Obama that he thinks Netanyahu is a "liar." Obama responds that he's got to "deal with him" even more than Sarkozy.

December 2011: Then-Defense Secretary Leon Panetta presses Israeli leaders to do more to push peace talks with the Palestinians. "Just get to the damned table," he says.

October 2014: In an article about fraying U.S.-Israel ties in The Atlantic, Jeffrey Goldberg quotes an unnamed official accusing Netanyahu of being a "chickens---." Kerry and others later try to execute damage control. Kerry calls the supposed comments "disgraceful."

January 2015: House Speaker John Boehner announces Netanyahu will address Congress, to speak about the Iranian threat. The speech was not cleared in advance through the Obama administration. Several Democrats announce they will not attend the speech. National Security Adviser Susan Rice, in one interview, calls the move "destructive" to U.S.-Israel ties.