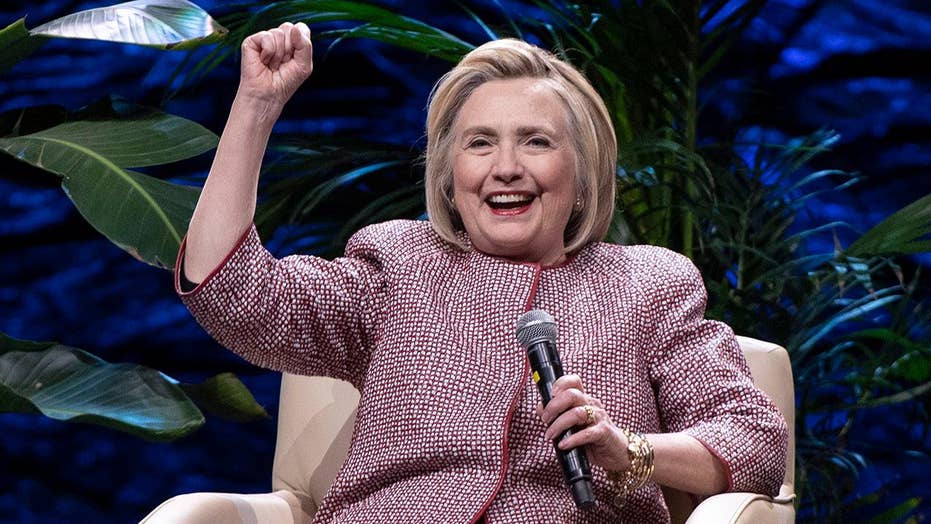 Judge rules for more fact-finding into Clinton's email use

Federal Judge Royce Lamberth says Judicial Watch should be allowed to demand documents and additional testimony into whether Hillary Clinton's use of a private email system was a deliberate effort to thwart the Freedom of Information Act; reaction from Judicial Watch president Tom Fitton.

A conservative group won a court victory this week when a federal judge ordered more fact-finding in the Hillary Clinton email investigation.

In his ruling Thursday, U.S. District Court Judge Royce Lamberth assailed Clinton’s use of a private email server while secretary of state as “one of the gravest modern offenses to government transparency.”

On Friday, Judicial Watch President Tom Fitton praised Lamberth’s ruling, telling Fox News it showed the court was “not terribly convinced” that former FBI Director James Comey adequately investigated Clinton’s use of the private server while secretary of state from 2009 to 2013. 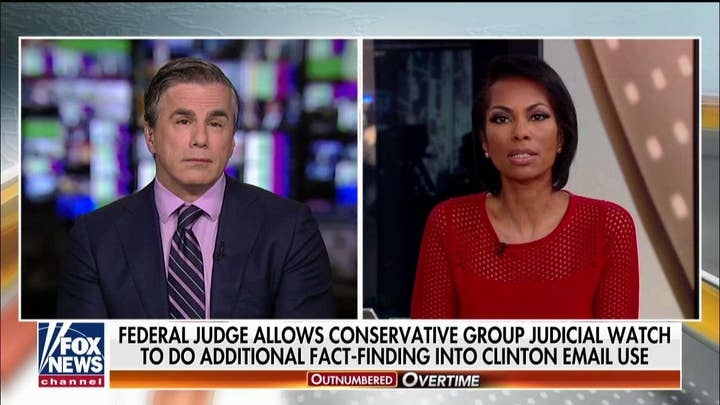 As a result of the judge’s ruling, “Some people like Mrs. Clinton potentially will have to answer further questions,” Fitton said.

On Thursday, Lamberth ordered the State and Justice departments to work with Judicial Watch on a discovery plan to determine whether Clinton used the server to circumvent FOIA requirements, the Hill reported.

President Trump and Republicans have repeatedly slammed Clinton’s use of the private email server, arguing in part that the practice potentially placed classified government information at risk.

Clinton was found to have deleted emails that she said were personal and not related to her State Department work. Comey announced during the 2016 presidential campaign that Clinton’s handling of emails was “extremely careless” but did not warrant criminal charges.