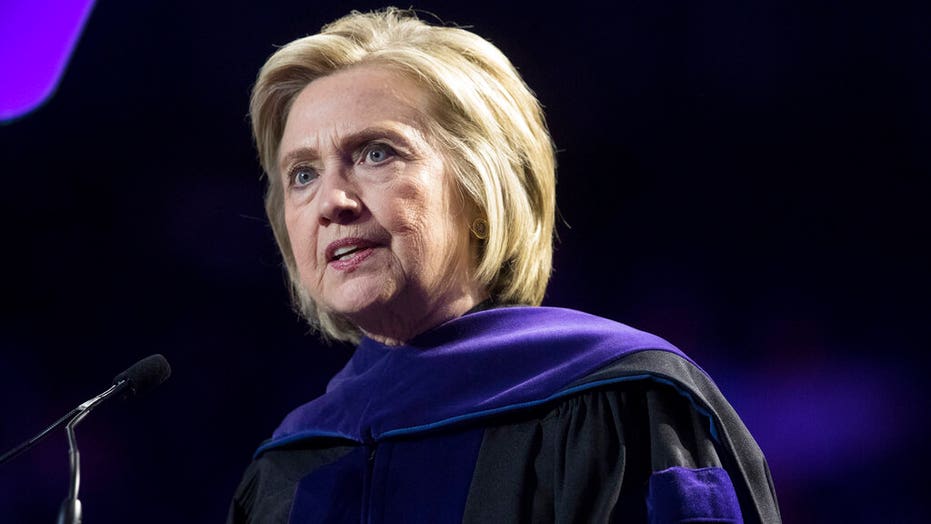 Former Secretary of State Hillary Clinton condemned the Trump administration during a commencement address in New York City Wednesday, saying they have not taken “even the most basic steps to protect our voting systems.”

Her comments to graduates of Hunter College came on the same day that Special Counsel Robert Mueller spoke publicly for the first time about his investigation and declared emphatically that "Russian intelligence officers who were part of the Russian military launched a concerted attack on our political system" ahead of the 2016 elections.

“That allegation deserves the attention of every American,” Clinton said. “But what we've seen from the administration is the complete refusal to condemn a foreign power who attacked our democracy.”

In Mueller’s public remarks that closed the book on a 2-year investigation, he rebutted President Trump’s repeated claims that he has been “exonerated” of allegations of obstruction of justice and collusion with Russia.

“If we had had confidence the president clearly did not commit a crime we would have said so,” Mueller said Wednesday.

“We are witnessing an assault on the rule of law and the foundations of our democracy,” Clinton said in regards to the Trump allegations.

“We've got to deal with what has been investigated and reported now. When I think about the future, I think about what do we do when people in positions of authority are not held accountable, when they defy requests from the Congress, when they spread misinformation online."

Clinton also blamed Trump’s behavior and rhetoric for the rise in gun violence and hate crimes around the country saying “instead of standing up against bigotry and white supremacy this administration has too often worked to tear down hard-won civil rights.”

The former first lady also enumerated some of the most controversial and partisan policies of Trump’s presidency, pointing to his ban on travel to the U.S. from several Muslim-majority countries and the separation of families at the U.S.-Mexico border in a bid to staunch the stream of migrants from Central America.

She described the current political and social climate as reminiscent of some Americans' support for Nazi Germany and Jewish persecution in 1939, saying “all these years later our democracy feels far from secure” and urged new graduates to take action through voting.