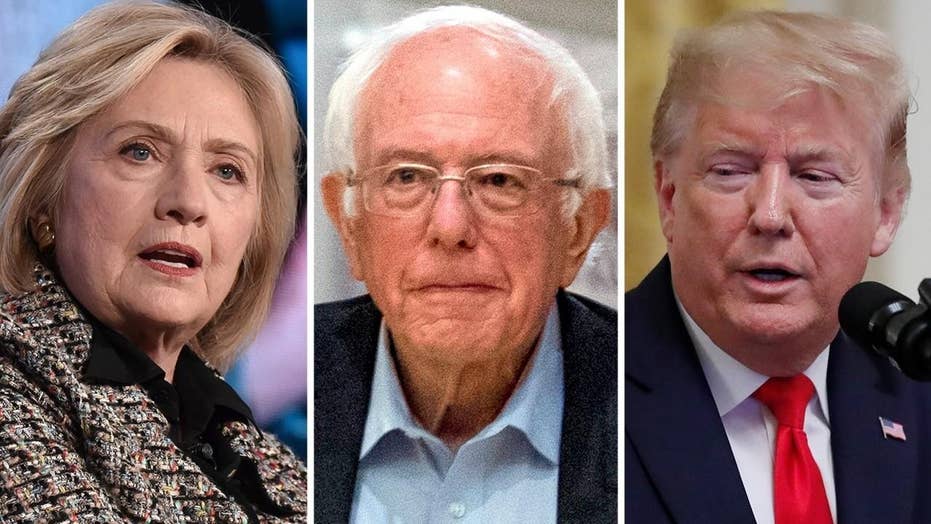 Hillary vs. Bernie vs. Donald

“Unfortunately his campaign and his principal supporters were just very difficult and -- really, constantly -- not just attacking me but my supporters,” she told Emily Tisch Sussman on the podcast "Your Primary Playlist."

Clinton said some of the behavior of Sanders’ supporters at the Democratic National Convention that year was “very distressing,” specifically mentioning how speakers Rep. John Lewis and then first lady Michelle Obama were booed.

“All the way up until the end, a lot of people highly identified with his campaign were urging people to vote third party, urging people not to vote,” she said.

She called it a contrast to how Democrats united after her loss to then Sen. Barack Obama in the 2008 primary, when she said she did 100 events for the eventual president.

She told Sussman she thinks the Democratic Party is “light years” better than the Republican Party, “but just look at the price we paid for a Trump presidency.”

Clinton said she can’t imagine how any “caring, smart, concerned American” who identifies on the party’s left would want four more years of “destructive” President Trump.

Clinton also made news earlier in January when she told The Hollywood Reporter, “nobody likes” Sanders. “Nobody wants to work with him, he got nothing done,” she claimed.

She at first didn’t say if she would support him if he were the nominee, but later responded to a backlash, clarifying she’ll do whatever she can to “support our nominee.”