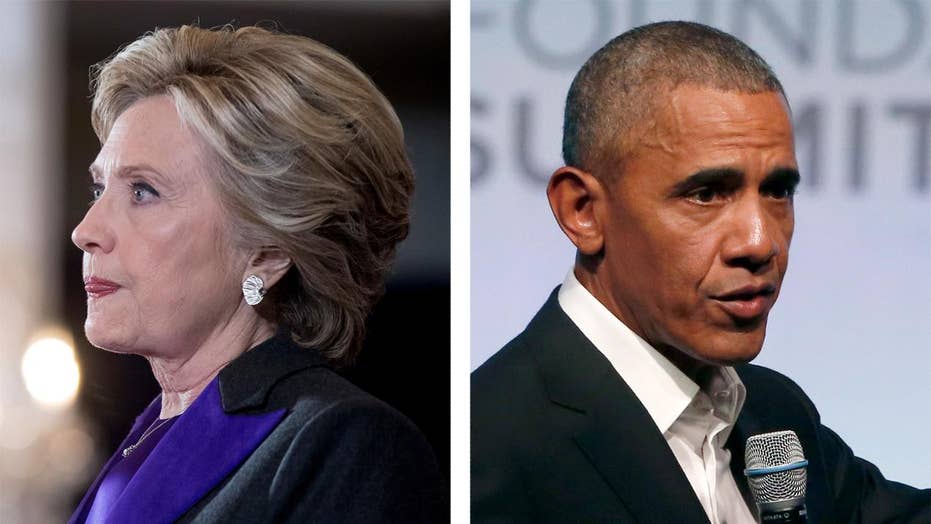 In new interview, Clinton says she couldn't run as an 'agent of change' coming off Obama's two terms. #Tucker

Hillary Clinton said in a new interview that her inability to run on an "agenda of change," coming off of President Barack Obama's two terms, was a significant problem for her 2016 campaign.

"It is true that when you run to succeed a two-term president of your own party, you have a historical headwind blowing against you," Clinton told radio host Hugh Hewitt. "It’s not just this campaign can be set apart from everything that’s ever happened in our politics. It is a challenge."

"If you are both the candidate defending a lot of the areas of agreement, but also putting forth an agenda for change, which is what I tried to do, it is often difficult to get the second part of that message through," she added. "So I do think it was a problem."

"I was proud to serve in the Obama administration. I did not agree with everything that President Obama decided, but on balance, I really think he did what had to be done to rescue the economy, which as we all remember, was in desperate straits," Clinton told the conservative radio host. "He did chart a course in the world that favored diplomacy and negotiation, something that I think is important."