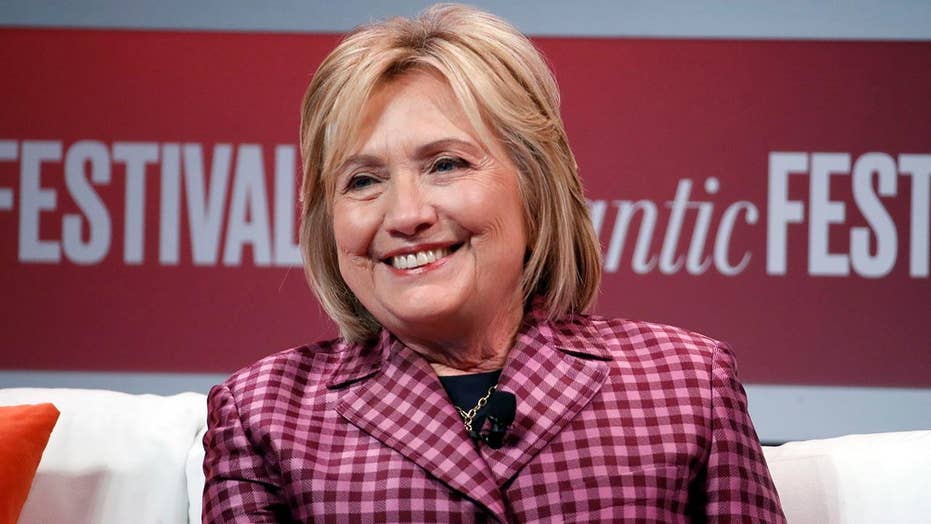 Is there a chance Hillary Clinton runs in 2020?

Insight from longtime adviser Philippe Reines on 'The Story.'

Philippe Reines, a longtime Hillary Clinton adviser, reiterated earlier comments Friday evening by saying that there is a possibility - albeit a slim one - that the former secretary of state would launch another campaign for president.

And if she were to run, Reines told Fox News’ Martha MacCallum, he thinks she would win.

“I do. Everyone loves a comeback,” Reines said during an interview on “The Story” when asked whether he believed she’d be able to secure the White House.

But he also compared the likelihood of her running again to someone’s chances of winning the lottery.

“I’m not saying she’s going to run,” Reines said. “I think the odds are probably in the Powerball range.”

Clinton, who has made several public appearances as of late pertaining to her book release and speaking arrangements, has received heat for some recent comments, such as when she said “civility can start again” only after Democrats win the House and Senate.

Reines, said Clinton “describes herself as a Rorschach test – that people see what they want to see.”

“And I think it’s at the point where people have political stigmatism where they see only one thing, which is that she annoys them for not going away,” he said, adding that he believes it’s because “she threatened certain people.”

MacCallum also asked Reines about Clinton’s recent comment about her husband’s affair during his presidency with then-White House intern Monica Lewinsky. Clinton said that it was not an abuse of power and that there was no need for him to resign over it.

“Again, we’re in Powerball territory – but if she ran, she’d have to answer,” Reines said. “I think that what you saw the other day and what you’re seeing, is someone who is talking as a wife, as a mother and third, as first lady and political figure. I mean, it was a very trying time for her and for both Clintons, he was impeached. There’s a belief, which I share, that he had a reckoning and I think you’re seeing someone being asked 20 years later … it’s just a very raw topic.”

Reines also reacted to a recent op-ed for The New York Times, which said that Clinton's comments are distracting Democrats at a time when they should be focused on voters.

He fired back saying that the newspaper can’t “tell anyone what they can or can’t do,” and said that the suggestion for her to refrain from commenting showed hints of sexism.

“For someone who got 65 million votes, more than anyone except Barack Obama, I’m going to guess that more than a few still like her,” he continued. “And this notion of ‘go away,’ there’s some sexism to it, too. I mean, you don’t hear anyone saying John McCain should go away after 2008 or Mitt Romney or John Kerry. It’s just the, just the woman that’s supposed to be quiet and go away.”