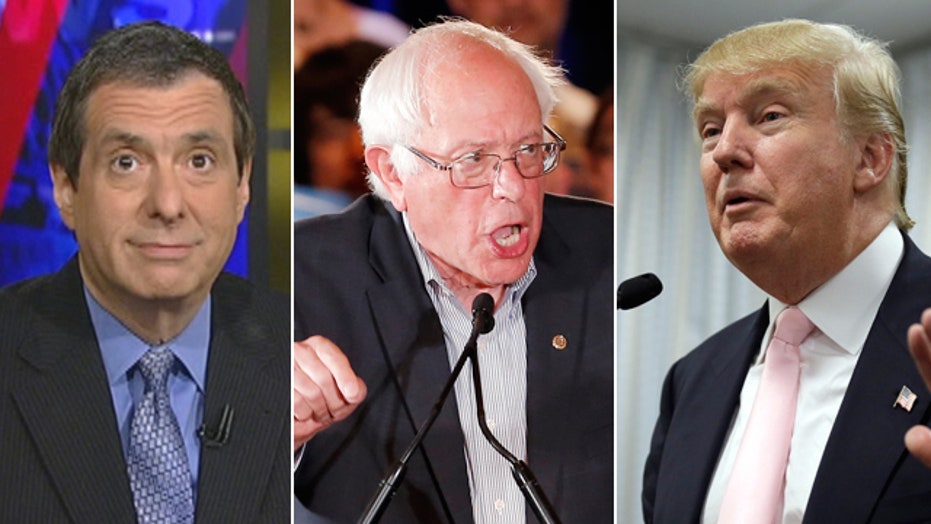 Kurtz: Hillary and the art of the denial

Hillary Clinton’s email mess has been like a low-grade fever that keeps returning in nastier form.

And the problem is she’s never taken the cure—by answering all the outstanding questions—as part of her media-averse approach.

Now the Clinton campaign is on the offense against the New York Times, branding its latest story on the controversy “false” and “discredited.”

“This incident shows the danger of relying on reckless, inaccurate leaks from partisan sources," the campaign says.

Well, we don’t know the sources. There were some problems with the story, but that doesn’t make it false. The gist is true—inspectors general have asked the Justice Department to consider an investigation of whether Hillary’s private emails as secretary of State contained classified information. She has always denied that was the case. And she insisted again to reporters in Iowa on Saturday, “I did not send nor receive anything that was classified at the time.”

The paper has been taking a lot of heat for softening the wording of the lead paragraph after a complaint from the Clinton camp.

This regularly happens with newspapers, by the way, and changes are made between editions if the editors and reporters feel they have gotten something wrong or used overstated language. Now it happens instantaneously online—but in that culture, the Times had a responsibility to tell readers that it was weakening the story. This was hardly a routine change in a routine story, and that undermines faith in the paper.

The original story said that two inspectors general were asking Justice to consider a criminal probe of “whether Hillary Rodham Clinton mishandled sensitive government information on a private email account she used as secretary of State.”

The revised version had the investigators making the referral based on “whether sensitive government information was mishandled in connection with the personal email account Hillary Rodham Clinton used as secretary of State.”

The passive construction might seem minor, since any probe would involve the same private Hillary emails. But the wording of the first version does insinuate that Hillary might be a target of such a probe; the second does not.

After nearly a day of being hammered by journalists and media critics, the Times did post a correction:

“An earlier version of this article and an earlier headline, ​using information from senior government officials, misstated the nature of the referral to the Justice Department regarding Hillary Clinton’s personal email account while she was secretary of state. The referral addressed the potential compromise of classified information in connection with that personal email account. It did not specifically request an investigation into Mrs. Clinton.”

This only fuels the controversy surrounding the nature of emails she was sending from a private server rather than using a State Department account.

In a joint statement, the State Department and the Intelligence Community’s IG said they found classified data in four of 40 sample emails examined and “did not make a criminal referral—it was a security referral made for counterintelligence purposes.” And that led to a second correction by the Times on Sunday.

As a onetime Justice Department reporter, I can tell you this bureaucratic language is mainly semantics. When an IG or a government department committee refers a matter to Justice, it is saying: We are a civil agency. We have no power to prosecute. But we think this could potentially rise to a criminal matter and we leave it to you to make that judgment. The wording doesn’t really matter. If the situation only involved counterintelligence, agencies like the CIA could deal with it on their own and not involve law enforcement.

Margaret Sullivan, the New York Times public editor, calls the Hillary story "a mess," one marked by "too much speed and not enough caution."

So the Times made mistakes here, but that doesn’t make the story go away.

Amazingly, the paper’s followup on Saturday made no mention of the Hillary campaign ripping the Times. That is part of the story and should not have been whitewashed.

In a speech Friday on her tax proposals—which was totally overshadowed by the controversy—Hillary said news reports contained “inaccuracies,” but didn’t say what they are.

As a legal matter, this might amount to very little. The Justice Department might decline to launch a criminal probe. An investigation might find a minor infraction.

Or it could be something more serious. Just three months ago, David Petraeus pleaded guilty to mishandling classified material (although in that case he gave them to his mistress).

But as a political matter, this comes at a time when Hillary is scoring poorly in the polls on trust and honesty questions. And stories like this remind skeptical voters that she sometimes seems to play by her own set of rules.

This is one fever she can’t seem to shake.