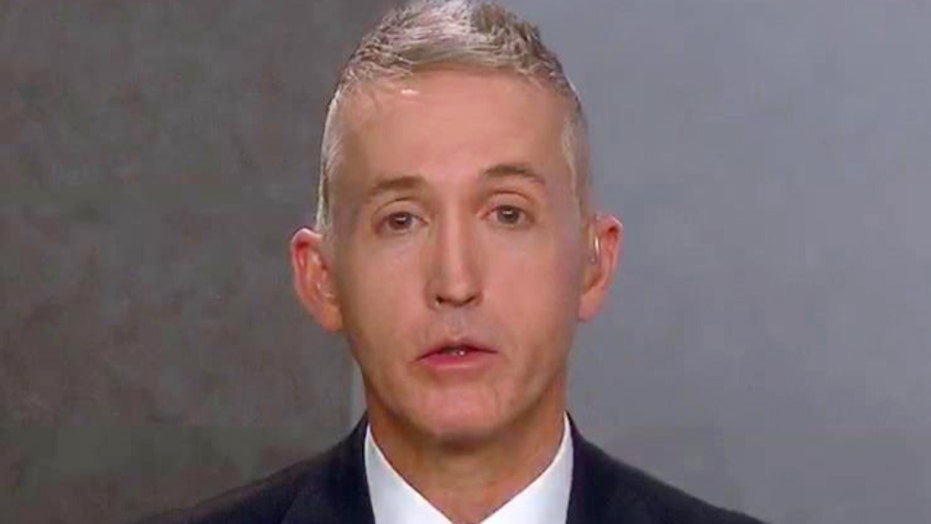 Congressman responds to former secretary of state's press conference on her email controversy, explains why he wants her before his Benghazi Select Committee. #HillaryEmails

Republican leaders sharply questioned Hillary Clinton's explanation on Tuesday regarding her use of a personal email account during her tenure as secretary of state, with one GOP congressman calling her remarks "not plausible."

In making her first public comments since the scandal broke last week, Clinton, a potential candidate for the presidency in 2016, acknowledged that it "would have been better" to have used an official government account -- but said she used the personal one as a "matter of convenience."

She also briefly addressed her use of a private email server, but said it contains personal communications between her and her husband, former President Bill Clinton, and vowed to keep it private.

Clinton made her remarks Tuesday afternoon at the United Nations following an event on women's empowerment.

But if Clinton's goal was to calm the controversy, she was apparently unsuccessful.

"If she had an ounce of respect for the American people, she would have apologized for putting our national security at risk for 'convenience,'" Priebus said. "She would've agreed to hand over her secret server to an independent arbiter. And she would’ve reassured the nation that her influence is not for sale to foreign governments. She did none of that."

“Secretary Clinton didn’t hand over her emails out of the goodness of her heart – she was forced to by smart, determined, and effective oversight by the House Select Committee on Benghazi," Boehner spokesman Michael Steel said. "The American people deserve the truth.”

Rep. Trey Gowdy, R-S.C., head of the House Benghazi committee seeking her emails, also said there were unanswered questions, and said Clinton would be called to appear before the committee to discuss her role on the night of the 2012 attack and her use of a personal email account while serving as secretary of state.

"If possible, I have more questions now than I did this time yesterday," Gowdy told Greta Van Susteren Tuesday on "On the Record."

Gowdy said he wants to see Clinton turn her server over to a third-party arbiter who can determine which docments should be public and which should remain private.

"Her statement did little to answer the many legitimate questions about the mishandling of these emails, including the security risks involved with her use of a non-government server for official communications," Issa said in a statement. "She also did not explain why she believed she had the right, for two years, and over the course of multiple investigations, to keep these e-mails from Congress, from the press, and from the American people."

And Jason Chaffetz, R-Utah, the chairman of the House Oversight and Government Reform Committee, said he and other committee members would continue to investigate whether Clinton violated the Federal Records Act.

But Democratic Maryland Rep. Elijah Cummings said he hoped the House Select Committee on Benghazi would turn its attention back to the attacks "instead of attempting to impact the 2016 presidential campaign."

"If Republicans still want additional assurances that all official government records have been produced, they can follow standard practice and ask this secretary -- and previous secretaries -- to sign certifications under oath," he said in a statement.