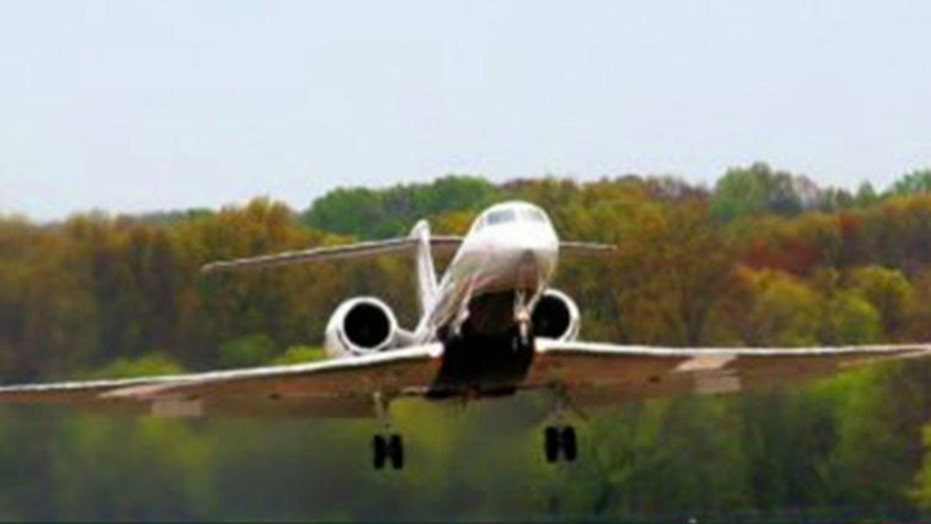 FBI jets used for personal travel and not fighting terror

WASHINGTON – Two high-tech luxury jets that the FBI convinced Congress were needed for the fight against global terrorism have instead been used to ferry around Attorney General Eric Holder and his predecessors, as well as FBI Director Robert Mueller, according to a government report released Thursday.

Those officials -- which included Holder and Mueller, as well as former Attorneys General Michael Mukasey and Alberto Gonzales -- racked up nearly 700 "nonmission" trips between 2007 and 2011, at a cost of $11.4 million, according to the Government Accountability Office.

Those officials are required to use government aircraft, and in some cases reimbursed the government for a portion of the expenses. But Sen. Charles Grassley, R-Iowa, ranking member on the Senate Judiciary Committee, said given the cost they should either not use the expensive Gulfstream V jets or cut back on their miles.

“These luxury jets were supposedly needed for counterterrorism, but it turns out that they were used almost two-thirds of the time for jet-setting executive travel,” he said. “Nobody disputes that the Attorney General and the FBI Director should have access to the secure communications, but, for instance, there’s no reason they can’t take a less expensive mode of transportation, or cut their personal travel."

FBI spokesman Christopher Allen tells FoxNews.com that counterterrorism and weapons of mass destruction operations are the "first priority for all FBI aircraft," and adds,"The GAO report confirms that the Department of Justice always adheres to these priorities in scheduling use of its aircraft."

The cost attributed to attorney general travel was $5.8 million; the FBI director's travel cost nearly as much. Roughly 70 percent of the AG flights were for business, and 28 percent were for personal reasons.

The findings in the report come amid a highly publicized fight over spending cuts set to take effect Friday.

The Obama administration has repeatedly painted a dismal picture of what could happen if across-the-board spending cuts are allowed to take place under the process known as sequestration. The $85 billion in cuts are scheduled to go into effect on March 1 unless Congress can reach a compromise, which is unlikely.

“I’m really interested in how the Attorney General can claim that federal law enforcement agents will be cut, knowing that over the last five years the Department has allowed for millions of dollars to be spent on personal travel. It’s ludicrous,” Grassley said.

FBI officials told investigators that the Gulfstream Vs and the Citation were used because they have “secure communications, larger passenger capacity and the long-distance range that is necessary for their required use travel.”

The report also points out that the government should be reimbursed for any personal travel at the full coach fare between cities. The reimbursement amount, or equivalent commercial fare, usually ends up being less than the cost of operating a government aircraft.

In November 2010, a personal trip taken by the attorney general to New York on the Gulfstream V had an estimated flight cost of $15,894, but the reimbursement at the equivalent commercial fare was $420.80.

The report said that for 88 of the trips, the attorney general reimbursed for a total amount of $47,000. The FBI director reimbursed roughly $4,500 for a total of 10 trips.