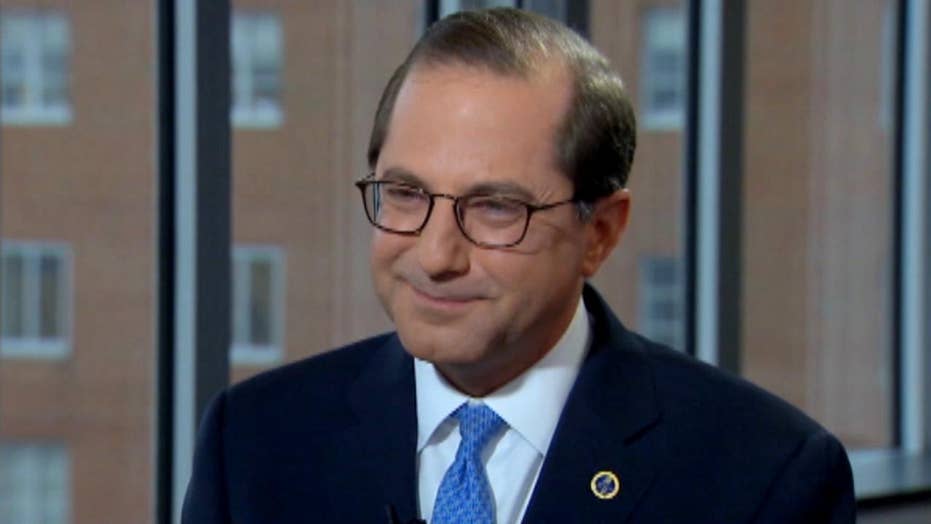 Health and Human Services Secretary Azar takes Fox News behind the scenes of the National Institutes of Health and the effort to stop the deadly opioid abuse epidemic.

WASHINGTON – A spokeswoman says U.S. health secretary Alex Azar is back in the hospital for additional treatment and observation. He's been diagnosed with a painful bowel condition called diverticulitis.

Health and Human Services Department spokeswoman Caitlin Oakley says Azar "remains fully engaged with the responsibilities of his job" and is in regular contact with his leadership team.

Azar has been putting the finishing touches on a package of measures to reduce prescription drug costs, expected to be announced within weeks.

Diverticulitis is an inflammation or infection of small pouches that bulge outward through the colon. Such pouches -- called diverticula -- are common among older adults.

They often don't produce any symptoms unless they become inflamed or infected. Azar is 50.

He was first hospitalized over the weekend.