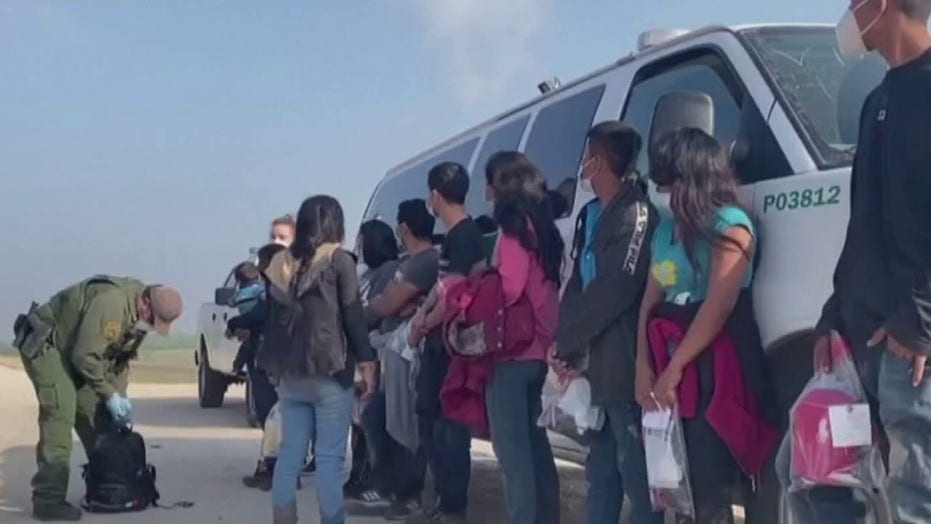 CBP: 100,441 encounters in February as border crisis spirals out of control

The Department of Health and Human Services (HHS) is opening another facility for unaccompanied child migrants in Pecos,Texas, the Office of Refugee Resettlement (ORR) announced Saturday.

The Temporary Influx Care Facility will house at least 500 unaccompanied minors to start, with the capacity to house 2,000 children.

"While ORR has worked to build up its licensed bed capacity to almost 13,500 beds, additional capacity is urgently needed to manage both enhanced COVID-19 mitigation strategies and the increasing numbers of UC referrals from DHS," an ORR spokesperson said.

"I got notified about an hour ago from HHS, that they're opening up a new unaccompanied minor facility in PECOS, which is in my district, out in West Texas. This facility is going to house between 500 to 2000, unaccompanied minors, it appears as if they're targeting unused man camps. These are oil facilities where workers, temporary oil workers, house when they're operating in the oil gas industry," Rep. Tony Gonzalez, R-Texas, said on Fox News Saturday. "There is no end in sight, I'm told there's two other facilities, and they're also looking at attending this crisis is getting out of control."

The new care facility announcement comes after the U.S. government stopped taking teenagers to a converted camp for oil field workers after more than 10% of the population in the emergency facility tested positive for Covid-19.

Instead, the government on Wednesday brought about 200 teenagers to another emergency site at the downtown Dallas convention center, which could expand to up to 3,000 minors.

Roughly 4,500 unaccompanied children wait in Border Patrol facilities to be taken into care by HHS. From there, HHS works to find the children sponsor families. HHS has rushed to open holding sites across the country and tried to expedite its processes for releasing children in custody. About 9,500 minors are in HHS custody.

As of this week, Customs and Border Protection (CBP) is encountering an average of 565 child migrants per day, up from 313 last month. In 2019, border agents encountered 76,020 unaccompanied children for an average of just over 208 per day.

While families and single adults can still be expelled under Tile 42, a Trump-era coronavirus health order, no children will be expelled from the U.S. The Biden administration has maintained a message that now is "not the time" to come to the U.S. border, but has so far refused to characterize the situation as a crisis.