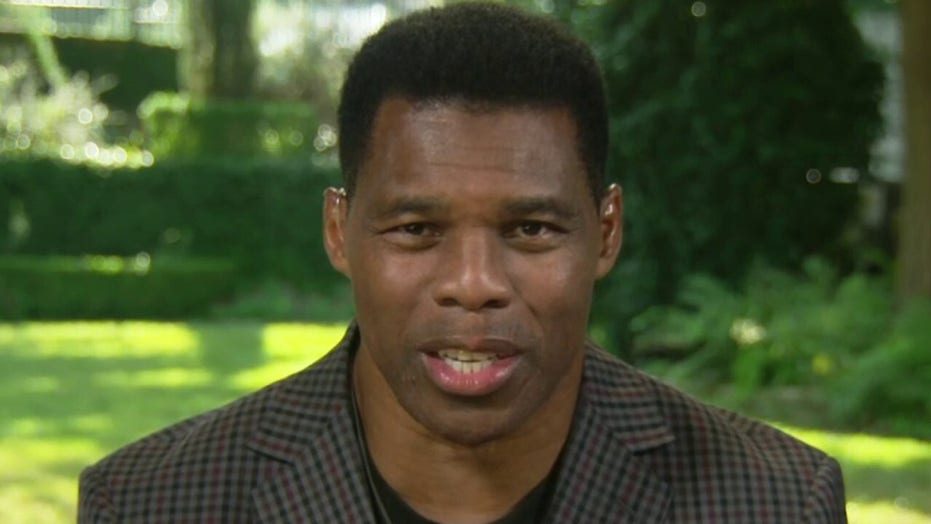 Herschel Walker on his friendship with Trump

Herschel Walker, former NFL running back, discusses the BLM movement and why he is friends with Trump.

Walker said he felt “so guilty” after hearing Black Lives Matter co-founders call themselves “trained Marxists” in an interview, and was compelled to tell the American people the truth. Both co-founders, Patrisse Cullors and Alicia Garza, have referred to themselves as such.

“I felt so guilty because I always consider myself a person to tell the truth,” he said. “And I said, I haven't been telling the American people the truth because… I didn't hear anyone ever tell me that [they were] a trained Marxist."

"All you athletes out there, all you companies, all you professional teams that's promoting BLM. Are you telling me that you're promoting someone that said that they’re trained Marxists?” he asked.

The White House is visible behind a woman who holds her fist up as she poses for a photograph with a large banner that reads Black Lives Matter hanging on a security fence in Washington, after days of protests over the death of George Floyd. June 8, 2020. (AP Photo/Andrew Harnik, File)

Those who do support BLM and are aware of the implications of Marxism should be truthful with their fellow Americans, Walker argued. He pointed out that Marxists do not believe in American values such as religion.

Walker said he spoke with President Trump to further spread American “truth” and debunk some of the falsehoods surrounding the president and his character.

“I've known him for 37 years,” he said. “The truth is he is not a racist. The truth is he loves the United States of America. I'm tired of people listening to his tweets saying that that's the type of man he is because he's not. Look at the action that he does.”

“I'm a guy who believes in the Lord Jesus. I believe in my family. And I love America,” he added. “So I'm going to fight for it. I'm going to do what I can to tell the people the truth."