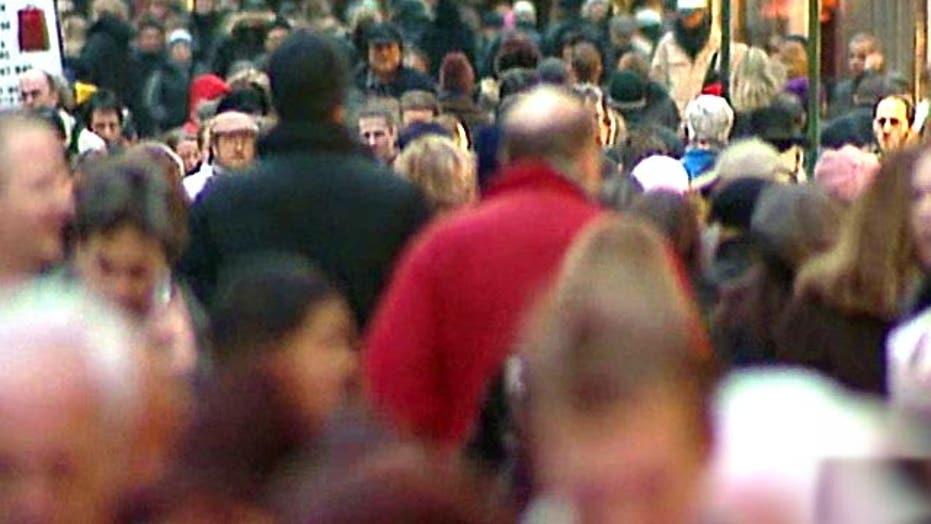 Most states are still lagging when it comes to sign-ups under President Obama's health care law, but an Associated Press analysis of numbers reported Wednesday finds a dozen getting ahead of the game.

Huge disparities are emerging in how well states are living up to federal enrollment targets, and that will help determine if the White House reaches its unofficial goal of having 7 million signed up by the end of March, six weeks away.

Connecticut is the nation's over-achiever, signing up more than twice the number of residents it had been projected to enroll by the end of January. Massachusetts, which pioneered the approach Obama took in his law, is at the bottom of the list having met only 5 percent of its target.

The administration said Wednesday about 1 million people signed up for private insurance under the health law in January, extending a turnaround from early days when a dysfunctional website frustrated consumers. There were fewer enrollments than in December, but a drop-off had been expected.

The new national numbers show that nearly 3.3 million people signed up from last Oct. 1 through Feb. 1.

"It's very, very encouraging news," said Health and Human Services Secretary Kathleen Sebelius. "We're seeing a healthy growth in enrollment." Still, the goal of 7 million by the end of March seems like a stretch.

Also, officials are unable to say how many of those who signed up were previously uninsured -- the ultimate test of Obama's hard-fought overhaul. They also don't know how many have sealed the deal by paying their premiums.

The numbers showed an uptick in the number of young adults signing up, now 25 percent of the total. Officials expect a last-minute surge of 18-34 year olds before the end of open enrollment on Mar. 31. Their premiums are needed to help with the cost of care for older adults.

Overall, 4 in 5 of those signing up were eligible for financial assistance with their premiums or out-of-pocket expenses.

"Enrollment will continue to increase because it's easier to sign up," said Lynn Blewett, director of the State Health Data Access Assistance Center at the University of Minnesota. "What everybody hopes is that we see more young people and families with young children enrolling, to give the insurance pools a healthy mix of younger and older people."

While the national numbers are improving, the latest report raises questions about what's going on in the states. Ultimately Obama's law will play out differently in each state, since insurance premiums are set at the local level.

The AP's analysis compared the latest cumulative sign-up numbers for each state with targets spelled out in a Sept. 5, 2013 memo to Sebelius that the AP obtained months ago.

In the memo, HHS experts projected that 4.4 million people would have signed up by the end of January. But that was before the disastrous launch of the federal enrollment website on Oct 1.  Though it has been repaired, the website was out of commission most of its first month. Several states running their own websites are still having technology problems.

Nationally, the nearly 3.3 million enrolled represent 75 percent of the signups that HHS had originally hoped to have by the end of January.

Among the states meeting or exceeding expectations, New York was the biggest. Its 211,290 signups represent more than one-and-a-half times its goal. Other populous states among the top performers included Florida, Michigan, and North Carolina.

California, which leads all the states in enrollment, had met 90 percent of its goal with 728,086 signed up.

Texas, which has the highest proportion of uninsured residents of any state, was subpar. It met 53 percent of its goal.

Surprisingly, the worst performers include four jurisdictions where Obama's law has strong support: Maryland, Massachusetts, Oregon and the District of Columbia. The three states on that list have all had problems with their enrollment websites.