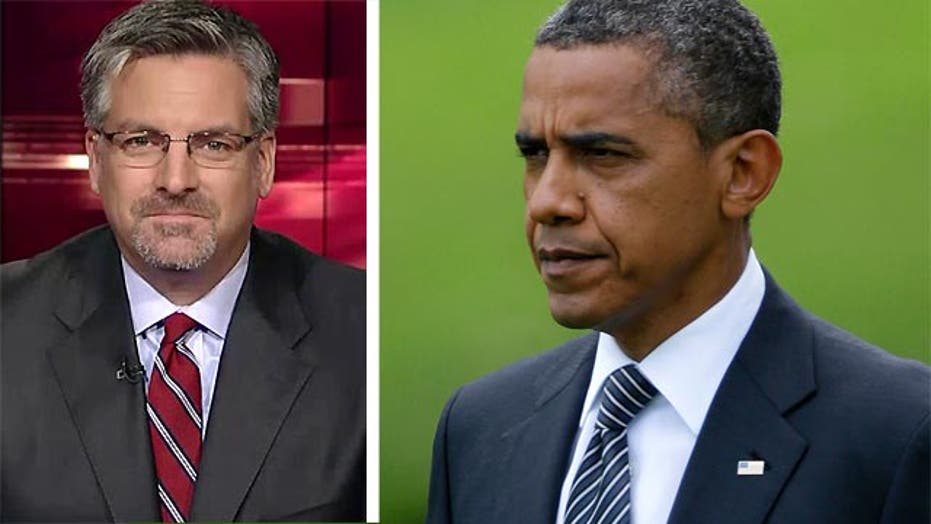 Hayes: Obama “clearly resents” not being asked to campaign

The Weekly Standard’s Steve Hayes said Monday on “Special Report with Bret Baier” that President Obama “clearly resents” not being asked to campaign for Democrats in the lead up to Tuesday’s midterm elections.

"It’s been very interesting to watch this president have to deal with the fact that he is not being asked to come and campaign for Democrats across the country," Hayes said. "He clearly resents it. He’s inserted himself repeatedly into this election in ways that I think Democrats don’t find helpful."

Hayes said one example of Obama doing more harm than good was an interview he did in Georgia, where Democratic candidate Michelle Nunn is engaged in a heated battle with Republican David Perdue.

"...Like this interview he gave to a black radio station in Georgia in which he said, basically, my legacy, my final two years in office are going to depend on Michelle Nunn being there to help me keep a Democratic Senate," he said. "I mean, immediately you saw her numbers start to slip. It was exactly the wrong thing that Georgia Democrats would have had the president say and yet he said it."